BlackBerry has started to roll out the latest version of its eponymous Operating System. The tiny incremental increase in version numbering (from 10.2.0 to 10.2.1) belies its importance - for this version runs Android apps at full-tilt, thanks to trickery we described back in November and previewed earlier this month.

But this was mostly there to encourage the rapid porting of apps such as Skype. A developer making their Android app "BlackBerry compatible" still needed to do a lot of tweaking – and if the app called native Linux libraries it would need to be recompiled, and new code written.

This was a major compatibility hold up, and most developers didn't bother.

The new runtime in 10.2.1 allows an Android app to be downloaded from an app store and run in place, even if it calls Linux libraries. This allows BlackBerry to plug the "app gap" overnight, and even if it makes native BB10 apps less likely (why bother if your Android version will run?) BlackBerry needs competitiveness today, not jam tomorrow. 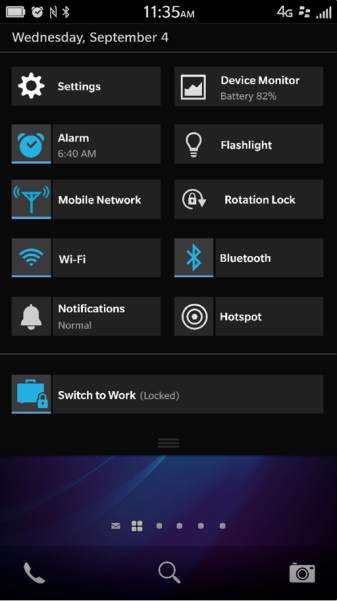 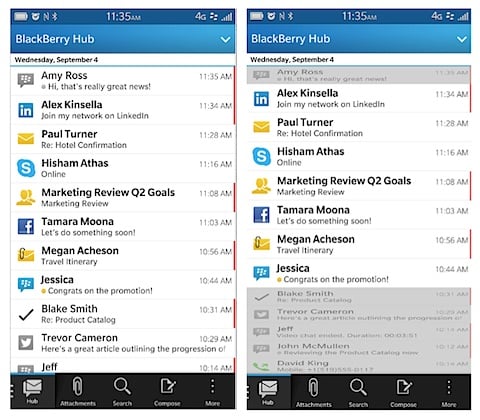 "Pinch to zoom lets you filter out unread or unflagged messages, or only look at drafts, meeting requests, sent messages or Level 1 Notifications
Click to enlarge 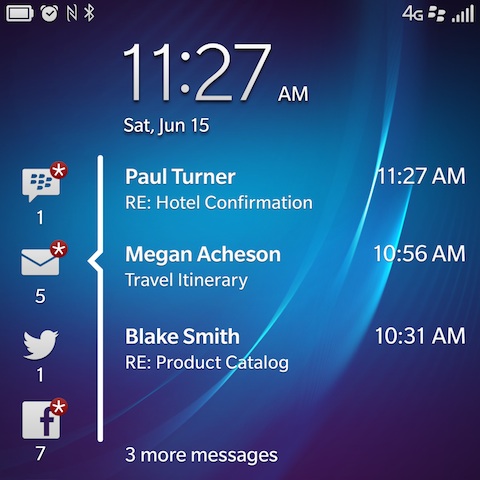 The latest cut also fixes many tweaks that have plagued users since the launch a year ago - such as buttons permitting you to view messages sequentially (amazingly, that was omitted from the OS), and it further improves text selection and manipulation.

Rather than trying to be all things to all people, which was always a big ask for a company with limited resources, BlackBerry OS now looks like something intelligently designed for productivity and business users. At least someone thinks that niche is important.