Japanese quantum boffins 'may have the key to TELEPORTATION'

Don't get too excited, the world's not about to get Star Trek-style transporters. However, if a quantum communications theory formulated by three Tohoku University boffins can stand the test of experiment, they could break the distance limitations that currently constrain quantum communications.

At this point, the exercise gets a little mind-bending, even in the abstract of the paper by Masahiro Hotta, Jiro Matsumoto and Go Yusa from Tohoku's Department of Physics: “We prove that introducing squeezed vacuum states with local vacuum regions between the two protocol users overcomes this limitation, allowing energy teleportation over practical distances”.

One practical example of squeezing was explained to The Register here, where it was being used to improve the sensitivity of a gravity wave observatory.

So, what's this got to do with quantum communication? It boils down to physicists' ability to demonstrate Quantum Energy Teleportation (QET) over a distance, since as the authors write: “despite … experimental proposals for various physical systems, a strong distance limitation has hampered experimental verification”. 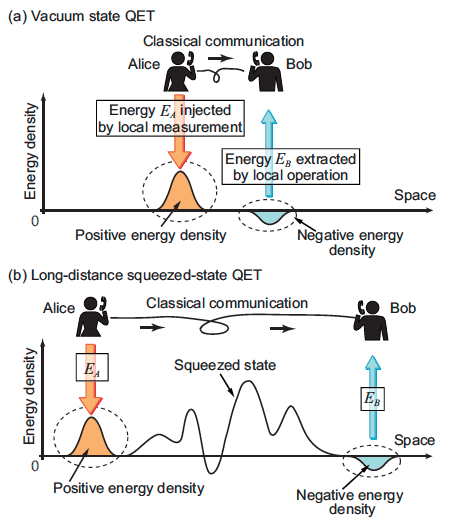 Squeezing the quantum state to get better measurements of teleportation

The Tokohu paper proposes a QET protocol that uses “a squeezed vacuum state” between two ends of the communication: “The spatial correlation of the quantum fluctuations with zero energy is maintained, even if the distance between the sender and receiver of QET is very large,” they write. ®