Ericsson CEO rules himself out of grab for chalice 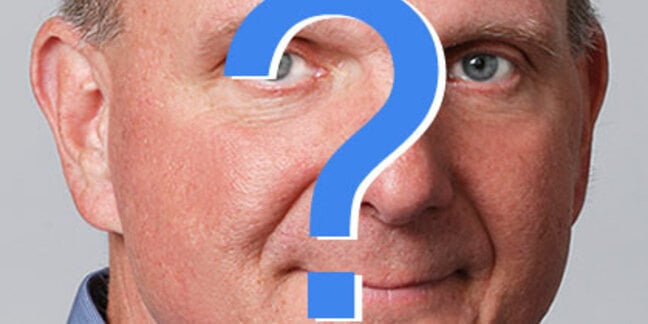 Multiple sources say a decision on the new CEO is expected in the next week or so, and Microsoft's VP of cloud and enterprise Satya Nadella is emerging as the favorite.

Nadella, a 22-year veteran of Redmond, isn't the most charismatic of leaders but he does have the knowledge and experience to take Microsoft away from pure software and into services.

Meanwhile, Hans Vestberg, the CEO of Ericsson, has said he's not interested in taking the helm at Microsoft after being named as a possible candidate.

"I am committed to Ericsson," Vestberg told Reuters. "I plan to continue as CEO at Ericsson as long as I have the support I need, that is to say from the board etcetera. I guess that answers the question of where I'm going, and that is staying with Ericsson."

Vestberg was one of the top outsiders named in media reports as being under consideration by the Microsoft board. Director (and former CEO of Symantec) John Thompson is leading the effort to find someone to fill Ballmer's shoes, but finding an outsider to take on the restructuring of Redmond has proved tricky.

Alan Mulally, CEO of Ford, very publicly took himself out of contention in January after being scouted out by Microsoft's board. Pivotal's Paul Maritz and CSC's CEO Mike Lawrie have reportedly also been approached and likewise turned down the gig. So it now looks likely that a Microsoft insider will get its new boss.

However there could be even more changes at the top. Bloomberg reports that Bill Gates could also be on his way out as chairman of the company he co-founded, to be replaced in the role by John Thompson with Nadella as CEO.

Meanwhile, Steve Ballmer is still at the helm for now and has said he won’t be looking to take the CEO role of another big technology firm. He has received offers to coach high-school basketball games, however. ®