HARD ONES: Three new PC games that are BLOODY DIFFICULT

It's stiff business, dealing with hairy axemen and giant spiders

These are the few warriors who you’re free to upgrade with promotions and tailor with magical items and experience points. And, unlike games along the lines of XCOM, they won’t be simply snuffed out upon falling in battle, but will instead take medical leave – and so be able to return to the fray once healed.

This chance for troops to live to fight another day is a singular compromise in what is otherwise an unforgiving turn-based PC strategy game where you’re usually outnumbered and up against it. 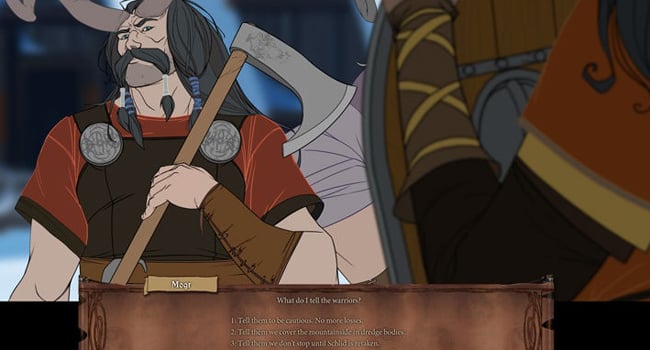 In battle, combatants all have strength and armour points, and the trick is to wear the enemies’ armour down before going in for body shots. Chipping away at a character’s strength not only makes that unit’s attacks less potent, but also kills them entirely once it’s reduced to zero.

Therefore a mixture of close-quarters and ranged units are usually required to soften up a foe’s armour before hitting them hard in the fleshy parts. Though that’s not forgetting the strategic use of stat-boosting willpower, and special attacks, which can all play a key part in the outcome.

If strategy is your thing then such planning makes the £20 Banner Saga a must, even if the plot can at times be as icy as the world depicted. Despite its beautifully drawn characters and splendid cinematic marches across snow-covered mountain passes, I found the dialogue and characters rather staid. 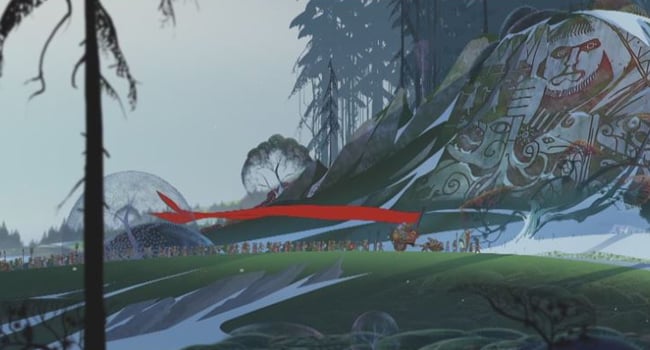 Despite the presence of the giant Varl, the fantasy land here is underwhelming, the opposite of Tolkien richness. Though I enjoyed the thrill of battle, I was always hoping that somewhere around the corner there might be something a little more exciting.

Yet The Banner Saga works. It’s a grim and gritty turn-based strategy that fans of the genre would be mad to pass up.

Volgarr the Viking is an ode, if you will, to likes of Altered Beast, Shinobi and, most of all, Capcom’s classic Ghosts’n’Goblins. 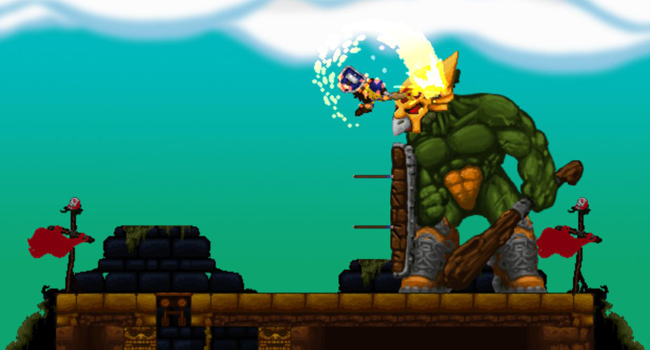 It’s a side-scrolling monster that’s so tough that I’ll freely admit to, thus far, only having seen about half of. But it’s also a game I feel confident in recommending, because I know I’ll keep resolutely returning to it until it’s done, like some kind of digital flagellant.

You will die, and rather a lot, but the beauty is that each outing will be nigh on identical to the last, meaning that every trap, beast and boss can be studied. The result being that you’ll hone your approach and technique until, finally, you manage to cut the head off that giant bipedal reptile bastard, move on... and get killed horribly by the next nasty in the sequence.

Less than generous respawn points will see you rehashing whole swathes of levels again and again. But it’s weird how soon you learn to ‘easily’ navigate those previously difficult points. Conversely, taking that step into a new area becomes a terrifying prospect where death lurks around every corner. 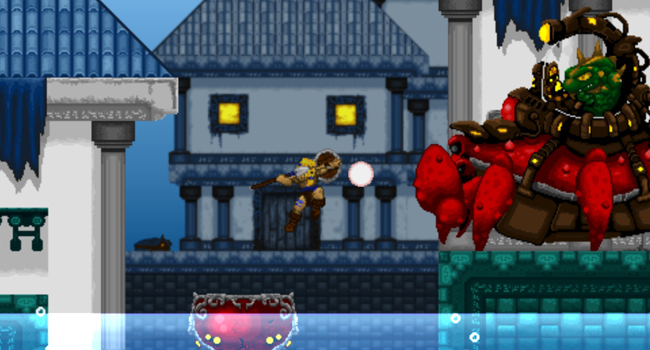 Oh, did I mention that you have to start from the beginning if you turn the game off?

Thankfully, Volgarr permits some small relief in the guise of armour power-ups. These crucial items enable the titular Norseman to take a hit without dying or, in the case of his metal shield, deflect blows and arrows.

Coordinated use of these, along with Volgarr’s repertoire of moves – spin attacks, ground rolls and spear throws – make survival just about possible. But never expect an easy ride. 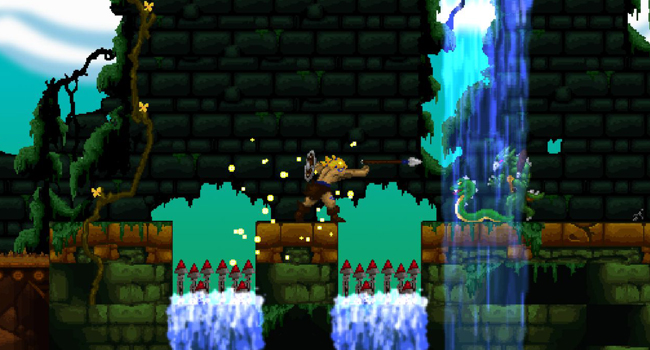 If you’re the type that gets mad at games, mad enough to scream out loud, before throwing your controller through the nearest window, then Volgarr is likely to reduce you to a seething wreck. If, however, you enjoy a challenge, and the highs that come with making progress inch by maddening inch, then Volgarr - only a tenner - is made for you. ®