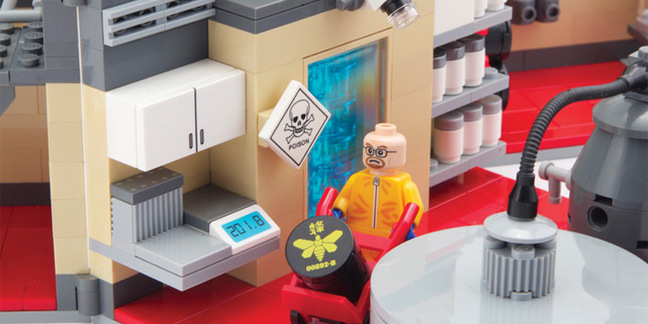 The Build With Chrome plugin lets fans to construct and share their creations online, and uses WebGL to render the board and a simulation of fully functional Lego bricks in hardware-accelerated 3D. There's also a set of tutorials for anyone who isn't familiar with the concept of snapping together blocks to create buildings and other objects.

Of course, you're invited to use Google Maps when you've finished to pinpoint exactly where you were when you had way too much time on your hands.

"Think back: you’ve just dumped a bin of Lego bricks onto the floor with a satisfying crash, and you have the whole day ahead of you to build whatever you want," gushed Google product marketing manager Adrian Soghoian.

"There’s something pretty amazing about being able to piece together your ideas with just a collection of colorful bricks."

Yes, it's called Minecraft these days.

But don't listen to us: Lego is still immensely popular and the Chrome plugin is drawing attention from across the web. And in addition to its movie, theme park, video game and adult collectable model lines, Lego is also said to have once dabbled in children's toys: the company's plastic block kits are credited with inspiring an entire generation of engineers who have shown their appreciation by building massive monuments and complex structures entirely from Lego bricks.

For Google, the plugin shows off the capabilities of Chrome and WebGL for developing applications. The LEGO tool integrates with Maps and Google+, as you'd expect in this day and age of online tracking, and offers support for touchscreen functions that will increasingly be utilized by developers in creating other, more serious, applications. ®