Beware, commentards! Overall, prosecutions in fact on the up 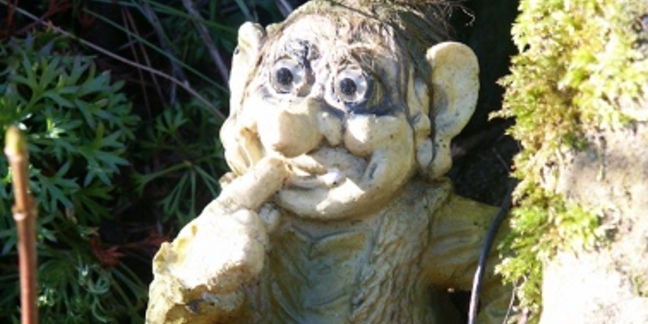 Prosecutions under section 127 of the 2003 Communications Act last year declined dramatically, seemingly after then-DPP Keir Starmer changed guidelines to try to prevent troll-hunting cops from clogging up UK courts, it has been reported.

According to the Times (paid subscription needed), which submitted a Freedom of Information request to the Crown Prosecution Service, principal offences relating to the controversial section 127 provision fell to 2,221 cases.

The figures were, perhaps unsurprisingly, at their highest point in 2012 when the trolling phenomenon repeatedly hit the headlines. That year, 3,108 cases were heard in court relating to alleged offences that were deemed menacing in character or grossly offensive.

Malicious comments posted on websites such as Facebook and Twitter are now routinely reported as causing offence by other users of such social media.

In June 2013, Starmer, who left his Director of Public Prosecutions post last autumn, confirmed that guidelines the CPS had issued late in 2012 would remain unchanged following public consultation.

He said at the time:

Having considered the consultation responses, and our experience of dealing with these cases in recent months, I believe the guidelines do set out the right approach to prosecution by making the distinction between those communications that should be robustly prosecuted, such as those that amount to a credible threat of violence, a targeted campaign of harassment against an individual or which breach court orders, and those communications which may be considered grossly offensive, to which the high threshold must apply.

That threshold meant that a communication that was offensive, shocking or disturbing; or satirical, iconoclastic or rude; or represented unpopular or unfashionable opinion about serious trivial matters; or banter or humour that might be considered distasteful or even painful to those such a joke targeted was effectively protected under the new rules.

Prosecutors were advised to carefully consider the DPP's guidelines before proceeding with a case.

Starmer had alarmingly warned that the courts could end up being clogged with "millions" of trolling cases, after public outrage over tasteless online messages led to people being arrested under malicious communications law.

But despite the DPP urging caution about such prosecutions, such cases continue to in fact climb. Setting aside 2012's figures - which were perhaps artificially inflated by the number of newspaper reports highlighting the trolling phenomenon - prosecutions are indeed on the rise.

Last year, there were nearly 1,000 more cases citing section 127 of the Communications Act compared with 2011. The 2012 spike in prosecutions makes it appear as though Starmer's guidelines helped to reel in troll-hunting cops.

However, such cases continue to make the headlines.

The most high-profile one in the past year involved feminist campaigner Caroline Criado-Perez, who - having successfully campaigned for the face of novelist Jane Austen to appear on English banknotes - made a formal statement to police in July 2013 about being harassed online.

She went to the cops after being repeatedly sent threats of rape and violence. The abuse first appeared on the day the Bank of England confirmed that Austen's face would be printed on £10 notes, she claimed at the time. Criado-Perez said she had "stumbled into a nest of men who co-ordinate attacks on women". At one point, the campaigner said she received 50 such messages an hour on Twitter over the space of a 12-hour period.

Last week, two suspects in the case were jailed for abusing and threatening Criado-Perez on Twitter. ®

Trolling in the Reg's forums... we mean, er, 'working' on the train still rubbish thanks to patchy data coverage

Rail fails to keep up with 4G

The pro-privacy Browser Act has re-appeared in US Congress. But why does everyone except right-wing trolls hate it?