¡Bong! After last year’s fiasco in the Andes it was a relief to arrive safely for the World Economic Forum's annual gathering in Davos - which is a kind of week-long hackathon with fondue. Here, exclusively for THE REGISTRAR are a few highlights from my diary.

Is it really 18 years since the great internet pioneer John Perry Barlow (the inventor of TCP over IP) told Davos:

“Governments: … On behalf of the future, I ask you of the past to leave us alone. You are not welcome among us. You have no sovereignty where we gather.”

So true. But yet false at the same time.

Wind forward 18 years and ask yourself: where would a New Economy entrepreneur or innovator be without the government catapults and launchpads? Without the tax breaks? Without the mentors and innovation consultants? And who pays for all that vital infrastructure? You all do, via what I call "ambient crowdsourcing": the steady evaporation of money from your wallet or pay packet into the new economy.

My travelling companion for WEF 2014, Lily Cole, agreed. The rich don’t need a handout from government, but a hand up. You can’t expect a supermodel with a net worth of $14m to do everything herself. Now, thanks to a generous £200,000 grant to Lily from the Cabinet Office and NESTA, the UK has its hand up Lily Cole.

Just drop into her “giving tree” Impossible.com and I am sure you’ll agree: this was your money well spent. 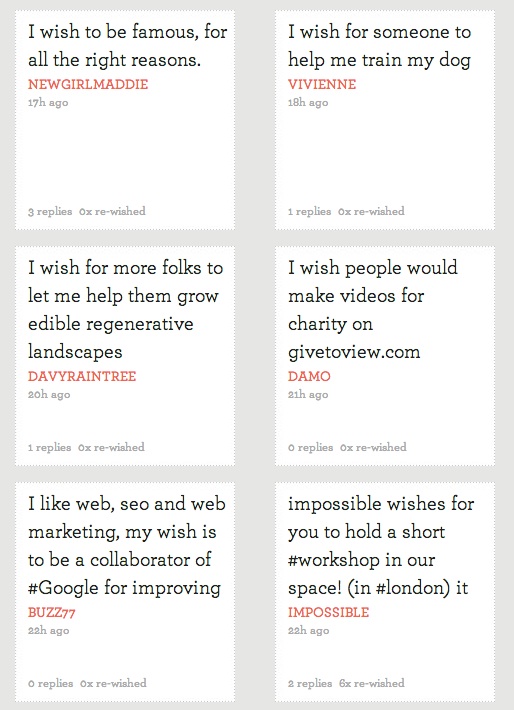 More on Lily in a moment.

I don’t think any of us will ever forget where we were when we heard those words.

I was in Davos to soft-launch my new currency, BongCoin. Unlike the currencies used by the fractional reserve banking system, a unit of BongCoin (a "boing") is both inflation- and deflation-proof. Because unlike a fiat currency, only BongVentures can create BongCoins.

I am already using BongCoins for my investments and buyouts. Why don't you, too?

Many reports of the WEF’s annual talk of a global elite. This is nonsense, as the following wordle of participants' Twitter bios proves: 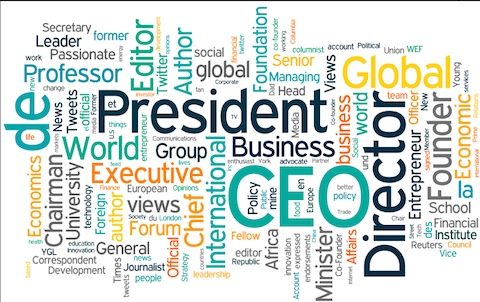 Thanks to social media, nobody can say they’re excluded from Davos. You could tweet your thoughts to “participants such as Al Gore and Bill Gates” and even “create your own Annual Meeting portal using customisable, embeddable video and social media widgets”.

It’s just that we get down to the serious business of sustainability and mindfulness - we don’t want the riff-raff about.

I have been coming here for many years and while some things stay the same, some things change beyond recognition. The best illustration of how Davos has changed is the dogs.

As you know, the Swiss are not only famous for their tax havens and cheese, but the St Bernard rescue dog - the result of centuries of painstaking cross-breeding of Bernie Winters with a bear. This year Davos was overrun with a different kind of dog: Google’s range of robots that it acquired by buying Boston Dynamics.

Big Dog and his mechanical chums not only save Eric, Larry and Sergei the trouble of attending personally - they haven’t been to Davos in years - they now also handle security at the event.

Believe me, when you’re getting your retina scanned by a machine that can throw breeze blocks very inaccurately, which now happens at random every few minutes, you stand as still as you can!

My assistant มาลัย (which means "Garland of Flowers" in Thai) gleaned some valuable information on how Google will merge its AI division with the mechanical dogs. By this time next year, Big Dog should be able to dance all the way through Gangnam Style without killing anybody.

And it was out of these discussions about sustainability and mindfulness that Lily showed us a beta of her latest innovation. It’s now public: you can click here or follow these screengrabs to get an idea of it.

Steve can make EVERYTHING OK for you, too @BongVentures on Twitter.