EU warns United States: SHAPE UP on data protection OR ELSE

Reding: Sort it out soon or Safe Harbor framework is toast 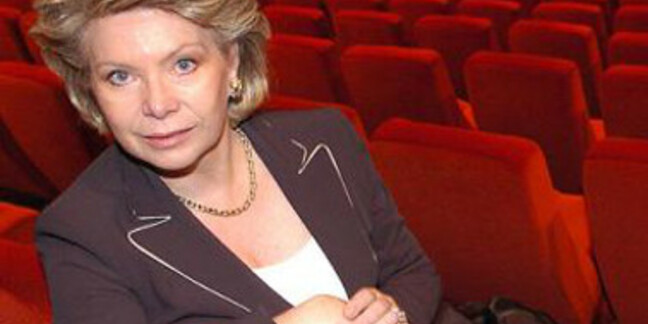 The US has until this summer to fix problems identified in the way an EU-US framework for the transfer of personal data between the regions operates, a senior EU official has said.

Viviane Reding, the EU's Justice Commissioner, said that the EU-US "safe harbour" agreement would be suspended if the US fails to take "legislative action before the summer". The Commissioner said that repairing Safe Harbour is the first step necessary if trust is to be rebuilt in "EU-US data flows" following revelations about the surveillance activities of the US' National Security Agency (NSA) in recent months.

"We must make Safe Harbour safer," Reding said in a speech in Brussels on Wednesday. "The Commission has made 13 concrete recommendations. 13 ways to improve all aspects of the functioning of Safe Harbour.

"Let me put it simply: we kicked the tyres and saw that repairs are needed. For Safe Harbour to be fully roadworthy the US will have to service it. This summer, we will see how well those repairs were carried out. Safe Harbour has to be strengthened or it will be suspended."

The safe harbour framework sets seven principles of data protection broadly equivalent to standards set under the EU Data Protection Directive and allows US companies that adhere to those principles and self-certify compliance with them to transfer personal data from the EU to US.

The US has not been designated as providing adequate data protection, but the European Commission and US Department of Commerce negotiated the safe harbour scheme to facilitate personal data transfers between organisations in the EU and US. More than 3,000 US businesses are currently signed up to the framework.

However, following media reports on documents leaked by whilstleblower Edward Snowden about the alleged scope and scale of surveillance activities undertaken by the NSA, and the UK's equivalent GCHQ, the European Commission carried out a review of the safe harbour regime.

The Snowden revelations appeared to show that the NSA could access data held by major US technology companies beyond what was permitted under US legislation, although the NSA has denied that it accesses the information without having legal basis to do so.

Following its review, the Commission in November published a report which cited "deficiencies in transparency and enforcement" in how the safe harbour framework works. The Commission made 13 recommendations that it said would address its concerns.

Among its recommendations, it said the US businesses subject to the agreement should "publish privacy conditions of any contracts they conclude with subcontractors" and facilitate "readily available and affordable" access to alternative dispute resolution for EU citizens so that they can raise and settle complaints they have on privacy issues. The Commission also said that there should a procedure for testing some safe harbour scheme members' privacy policies to ensure "effective compliance".

Earlier this month the US's Federal Trade Commission (FTC) said that it is "a priority" of its to make sure that US companies which claim to be compliant with the safe harbour regime actually are. The FTC reported that it had reached a settlement with 12 companies in connection to charges that their certifications of compliance were out of date.

In her speech Viviane Reding also outlined her vision of a "data protection compact" for the EU. The principles contained in the 'compact' include the agreement of reforms to the existing EU Data Protection Directive that set a "gold standard for the world" on data protection, she said.

The rules should apply equally to both businesses and public sector organisations, be subject to public consultation, ensure that data surveillance activities are proportionate and that law enforcement agencies cannot disregard the rules for national security reasons other than "sparingly", Reding said, amongst making other recommendations.

Autonomy trial Mind you, he was instructed by HPE