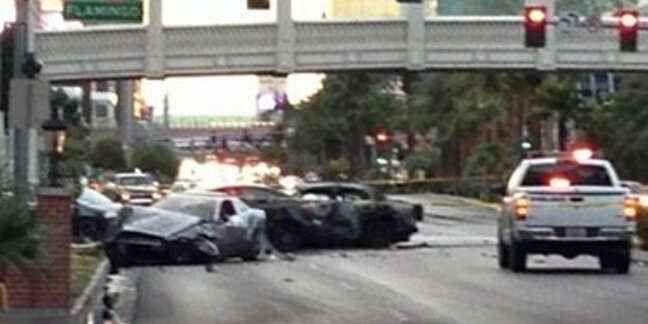 Civil liberties monitoring group Statewatch has uncovered a document sent from the General Secretariat of the European Council to the Standing Committee on operational cooperation on internal security that suggests European law enforcement agencies develop technology that would allow them to stop any car using wireless networks.

The document (PDF) outlines a “work programme” for a “European Network of Law Enforcement Technology Services (ENLETS) 2014 – 2020”. ENLETS launched in 2008 and is tasked with collaboration and technology-sharing so that european law enforcement agencies can benefit from one another's research and technologies, and also access information when appropriate.

ENLETS' existence is not a secret. This document revealed by Statewatch appears not to be intended for public consumption as while much of it is an anodyne explanation of how ENLETS will create information-sharing processes dubbed “ENLETS disseminates Best Practice (EDBP)”, the five aims of EDBP raise eyebrows

Let's get straight to that text, verbatim, because it deserves to be read in full:

Automatic Number Plate Recognition (ANPR)
ANPR is well established in many MS. In 2013/14 ENLETS will support those MS who feel the need to enhance their capabilities by sharing best practices. The ANPR systems will be measured by its maturity, capabilities and their deployment

Open Source Intelligence
Open source intelligence is a prioritized topic due to the evolving internet and wireless communication systems. For law enforcement it is a source of information as well as a method of communication. Open source intelligence relates to front line policing (events, crowd control) and criminal investigations (search for evidence, monitoring and surveillance). In this project the handling of open sources will be assessed and ranked.

Signal Intelligence
Law Enforcement Agencies (LEAs) deploy many kinds of sensors, mostly connected to their IT systems. The sensors need to enhance the operational capability of the LEAs, but often the integration of these sensors and IT systems cause technological problems. Frequently sensor data cannot be integrated, stored or displayed due to the design, protocols and construction of IT systems. What kind of signal intelligence is the most operationally effective and open for integrating the sensors in the EU? What kind of concept will be needed as ever more data is forwarded for processing and more information needs to be analysed?

Surveillance
Surveillance uses many types of technology. In this topic focus will be on sharing the best video systems (quality, performance in several scenarios). The purpose of this topic is to match the best standards in video used by the industry to the end user requirements. Privacy enhanced technology and transparency are key issues.

Remote Stopping Vehicles
Cars on the run have proven to be dangerous for citizens. Criminal offenders (from robbery to a simple theft) will take risks to escape after a crime. In most cases the police are unable to chase the criminal due to the lack of efficient means to stop the vehicle safely. This project starts with the knowledge that insufficient technology tools are available to be used as part of a proportionate response. This project will work on a technological solution that can be a “build in standard” for all cars that enter the European market.

Yes, you read that last bit right: ENLETS wants all cars sold in Europe to feature technology that allows law enforcement authorities to bring them to a halt, presumably over the air. There's precedent for European emergency services meddling with cars: the eCall scheme will place a basic mobile communication device and GPS in every new car so they can notify authorities of accidents.

There's rather less precedent for remote stopping technology. And it's a “what could possibly go wrong with that” proposition on an extraordinary scale even if you only consider the question of a judicial oversight regime that would be in place before plod could decide to shut you down. Just how to do it on an autobahn at 200 km/h – a likely location for a fleeing crook – also escapes mention.

The “Signals Intelligence” and “Surveillance” sections in the excerpt above also look rather contentious, not least in light of unfavourable public reaction to recent Snowden-sourced revelations and the EU's ongoing debate about its own privacy laws.

The best part of all? The document lists a financial contribution from the UK and the Netherlands to the tune of €52.887, making them the only two nations kicking in funds beyond ENLET's other allocations. That's your taxes at work, UK and Dutch readers. ®