Review No matter what sort of tablet you prefer, be it an iPad or an Android slate, there will be times when you will also need a good old-fashioned Windows laptop too. Asus, which has form when it comes to cooking up strange combo designs - witness the PadFone - obviously thinks that’s the case as the new Transformer Book Trio is both: a 10-inch Android tablet and a Windows 8.1 notebook. 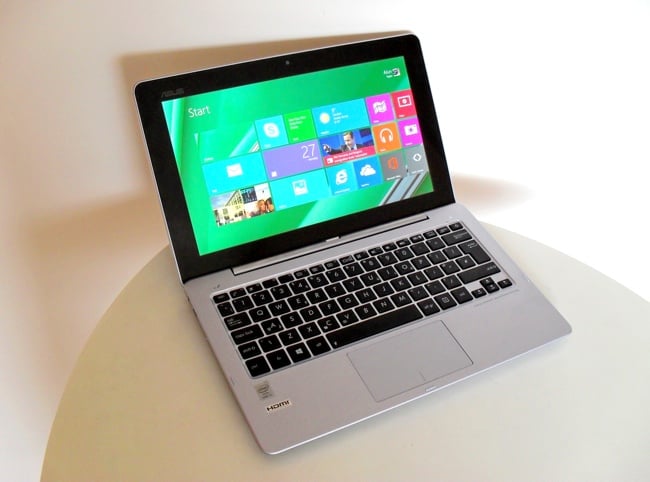 It works like this. All the Android tablet gubbins are packaged into the "screen", while the Windows bits are in the keyboard section. Detach the screen and it functions as a standalone tablet. Clip it back into the dock and it becomes the screen for the Windows laptop. You can swap back and forth between Android and Windows at the press of a button when docked, so the Trio can also function like Asus’s Android Transformers we all know and love, complete with two batteries for added runtime.

What I’ve just said suggests the Trio should be called the Duo. Not so. The third form of functionality is to use the dock as a standalone PC by hooking it up to a separate monitor much as you would any conventional desktop computer. It’s a use which Asus is actively pushing in its Trio marketing, presumably in the hope of flogging a few more monitors.

Despite the trick twin-OS set up, the Trio is relatively conventional in design. The tablet could easily pass as a standard Asus Android Transformer tablet at first glance and is a rather anonymous slab with only power and volume buttons interrupting the smooth, gently curved rear. On the bottom edge - and so obscured when docked - you’ll find a micro USB port with hosting support, a Micro SD memory card slot, a 3.5mm audio jack and the docking connectors. 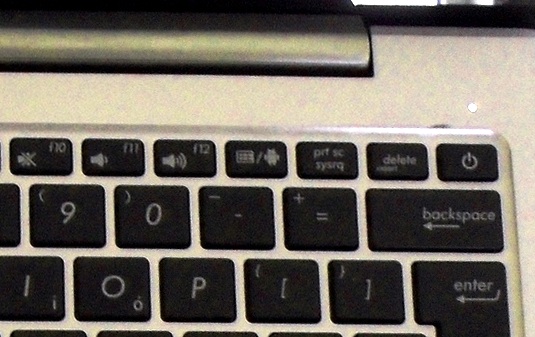 The base offers two USB 3.0 ports, micro HDMI and mini DisplayPort connectors, and another audio jack. The whole package feels very solid, especially the docking connector and hinge assembly. On the wireless front the tablet boasts dual-band 802.11ac Wi-Fi and Bluetooth 4.0, while the tablet packs single-band 802.11n and Bluetooth 3.0. The tablet has a GPS radio but no NFC chip.

Squeezing the machinery needed to run both Windows and Android into one lump does result in one compromise: weight. At 1.7kg - that’s 700g for the tablet, the rest for the dock - the Trio is a little on the heavy side and, at around an inch thick, it’s hardly the slimmest notebook around. Once reason for the bulk is the use of a 500GB HDD in the dock - 750GB and 1TB versions are apparently also available - rather than the SSD I expected to find. The tablet comes with only 16GB of storage but can take a Micro SD card of up to 64GB in size.

The batteries - both of which are fixed firmly in place and beyond the easy reach of man or beast - seem to have been shrunk to fit too. The tablet packs a 19Wh unit, the dock 33Wh. That gives the tablet around five hours of 1080p video playback. 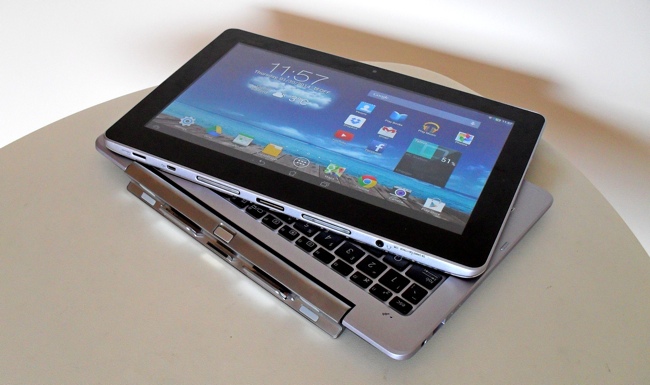 As with Asus’s other Transformer packages, the Trio’s tablet can draw power from the dock, and the dock can use power from the tablet thus maximising either the Windows or Android system runtime. Left to its own devices, the Trio shares the power but you can manually prioritise one part over the other. The power flow isn’t absolute though.

Once the power in the dock reached two per cent and the tablet battery dropped to 30 per cent, the Windows system turned itself off. Run things the other way around and the tablet will run the dock battery down to around 15 per cent.

Subject the Windows package to the PCMark8 battery test’s tender mercies and you get a run time of just over four and one quarter hours, using both batteries. That equates to a real world battery life of between 6 and 7 hours depending on how hard you thrash the thing.

I’d rate that as reasonable but nothing more. Usefully, Asus bundles a brace of chargers with the Trio - a 5V/10W USB charger for the tablet and a 19V/45W affair for the dock. Also in the box you’ll find a zip cover and USB-to-Ethernet and mini Display Port-to-VGA adaptors. 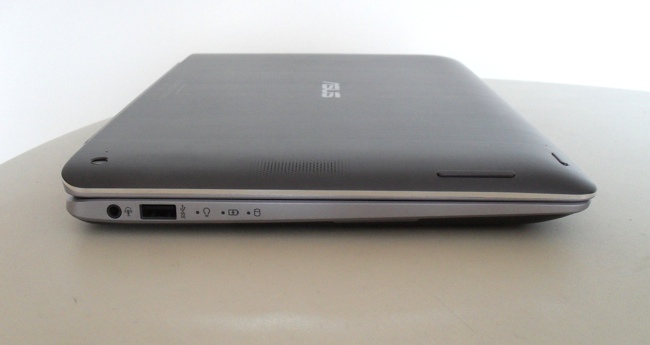 Not the slimmest laptop you can buy

Running the Windows side of the show is an Intel Core i5-4200U Haswell chip, which can max out at 2.6GHz with its running shoes on. There’s 4GB of RAM too. The tablet uses a dual-core 1.6GHz Intel Z2560 processor with 2GB of RAM. My review unit shipped with Windows 8 but the update to 8.1 was immediate. The tablet runs Android 4.2.2 Jelly Bean with a KitKat upgrade due sometime in the coming months.

When it comes to file sharing, the Android tablet shows up in Windows just as it would if connected by USB. To access files on the dock HDD from the tablet you need to do so over your wireless network. If you are away from a network, the dock can apparently create its own dedicated 802.11n hotspot from the Asus Console. I say "apparently" because I couldn’t get it to work. And I couldn’t find any way of using the bespoke Asus Android file manager to access files stored under a Windows user account other than the one the file manager is signed into. 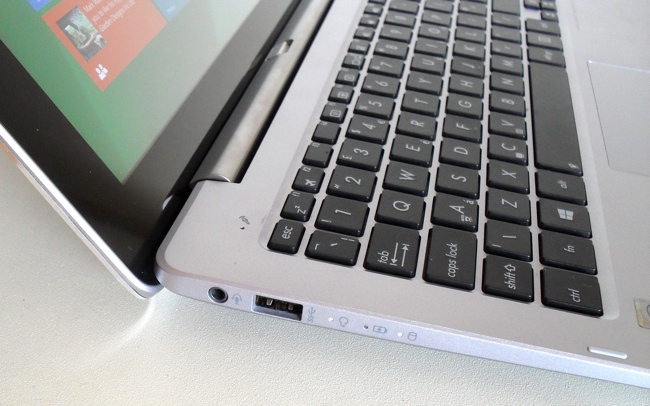 Left-hand side: activity lights where you can’t see them in normal use

There’s also a web page transfer feature that shunts the last viewed page between operating systems, but since that only works between Internet Explorer and the stock Asus Android browser rather than Chrome, it was of no use to me. It’s probably worth clarifying here that you can’t use the tablet/screen to access Windows when it’s undocked - Windows demands a physical connection between the two parts of the Trio.

Next page: Best of both worlds?
Page: