Spooks are still withholding the vital codebreaking secrets of Bletchley Park some 70 years after its boffins first cracked the Nazis' encrypted transmissions.

Even though Bletchley has not been an active military facility for more half a century, GCHQ is still refusing to release algorithms which were used to decode Second World War-era messages.

The team of volunteers working to restore legendary computers such as Tunny, Colossus and the Heath Robinson codebreaking machine told The Register that their incredibly precise and painstaking work was made all the more difficult due to spooks' refusal to release every single detail of the code-cracking machines.

Their revelation raises the tantalising prospect that there are yet more secrets to be revealed within this vitally important World War II site. 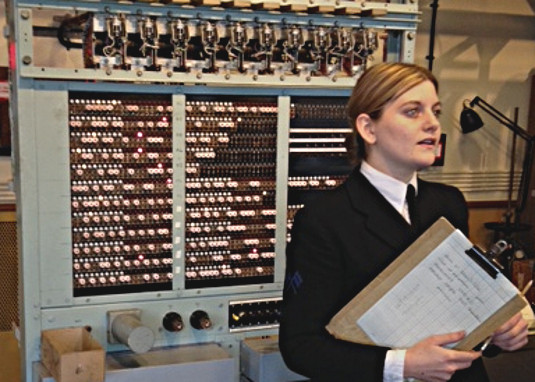 A Wren reenactor at Bletchley Park

John Gallehawk, 86, has volunteered at the National Museum of Computing for more than 15 years, where he has intensively researched the computers which were instrumental in Britain's war effort.

We caught up with him yesterday at a celebration of the 70th anniversary of Bletchley's first successful interception and decryption of a German transmission. Although no actual Bletchley codebreakers were in attendance due to old age and illness, it was an emotional opportunity to toast the stellar achievements of the British hero-boffins who turned the tide of World War II.

"Some of the algorithms used at Bletchley are still a secret kept by GCHQ," he revealed. "They simply do not want to release them.

"Even during the war, there was very little written about the machines here because GCHQ wanted to keep the information to themselves. This has meant it is extremely difficult to research and reconstruct computers such as the Heath Robinson machine and Colossus."

It was often said that spooks destroyed all the schematics of Colossus and its sister computers at the end of World War II, to prevent the information from falling into enemy hands.

But David Stanley, a former Post Office engineer who joined the Bletchley restoration team in 1996, said he was doubtful these drawings even existed, such was the secrecy surrounding the activities of the famous codebreakers.

"I don't believe these drawings were ever made," he said. "The team worked under such discipline, but also such secrecy as well. I doubt they made drawings of Colossus or Tunny."

Stanley and Gallehawk are part of a team founded by Tony Sale, who launched a mission to rebuild the code-cracking computers of Bletchley Park.

These pioneering bits of tech were used to decipher messages sent using the German Lorenz cipher machine, which encoded transmissions between Nazi top brass. Some messages were even signed by Hitler, whilst another revealed the Nazis had fallen for an Allied ploy intended to fool them about the intended landing point of D-Day.

The mathematical genius Bill Tutte managed to reverse-engineer the Lorenz without having even seen it, a feat regarded as one of the greatest intellectual achievements of World War II.

This led to the creation of the Colossus machine, the world's first electronic programmable digital computer. A rebuilt original example sits at the heart of the National Museum of Computing, which occupies Block H within the grounds of Bletchley Park.

Bletchley can legitimately claim to be the birthplace of computing, but its true legacy was shrouded in secrecy for decades after closure.

Brian Randell is a computer science professor at Newcastle University who first revealed the existence of Colossus in 1972 as he prepared a book on the history of computers. He then launched a campaign to get it declassified, which was unsuccessful for several years.

"I was like the dog that caught the rabbit when I first heard the name Colossus," he said.

"I wrote to the PM and had a letter back, which was very careful and sympathetic but basically said no. It was clear Colossus was going to stay secret for a hell of a long time.”

"Then, a few years later, there were a couple of books about Bletchley and I was informed they would release six to eight photographs and one page of text. I was given permission to interview engineers and to write a detailed historical paper about Colossus, on the condition it was vetted."

Playing catch-up with our digital heritage

The strange names of the computers in Bletchley were actually chosen by the Wrens – personnel from the Women's Royal Naval Service – who operated them, which might explain why the monikers are so evocative. 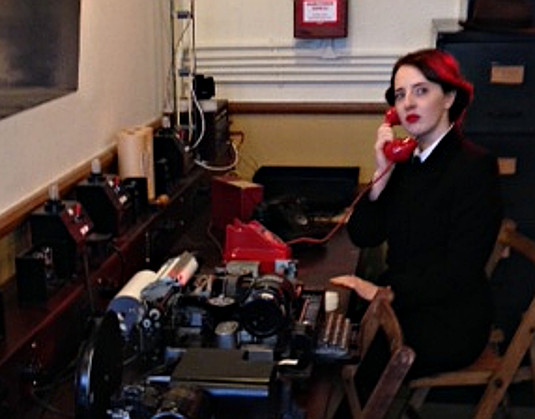 A Wren reenactor on the telephone at Bletchley

Tim Reynolds, chair of trustees at the National Museum of Computing, said it was "humbling" to work in the home of the code-breakers, but claimed there were still secrets left to reveal.

"The work at Bletchley shortened World War II and launched our nation's digital heritage," he said. "But the history of Bletchley was only declassified 30 years later, which allowed us to realise that we actually had a digital heritage. We have played catch-up since that time.

"We are still trying to unravel the true history of Bletchley because what some of the machines here were actually used for it still classified. Even I don't know what happened here, but I think that's a good thing. The mystery surrounding Bletchley Park creates a certain magic. This is a journey that never ends."

Do you know anything about the secrets of Bletchley Park? We'd like to hear more. Get in touch – click the author's name at the top or get stuck into the comments below – and tell us all about it. ®