Project Spring fails to insert itself into firm's financial step 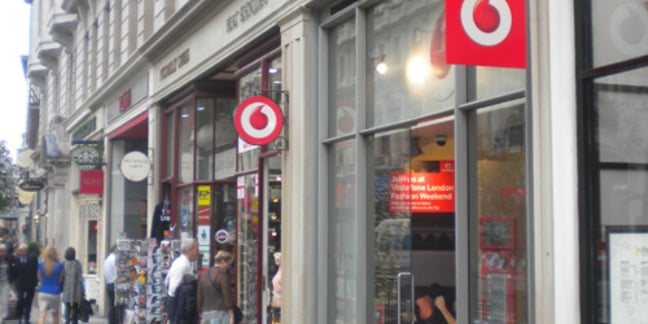 Vodafone's latest results make grim reading for the company's investors, with revenues in established markets falling and subscribers drifting away despite the firm's 4G investments.

The British mobe operator's service revenues fell in Europe by 9.6 per cent and was only partially offset by gains in India and Turkey.

Overall group revenue fell by 4.8 per cent quarter-on-quarter. Vodafone blamed EU regulators and the slump for its European doldrums.

UK revenue was down 5.1 per cent, in Germany by 7.9 per cent and Spain and Italy the fall was well into the teens. The Australian operation, a joint venture with Hutchison, saw revenue fall by 8 per cent.

The sale of the group's 45 per cent stake in Verizon gives the mobe giant a pile of cash - $130bn, or around £84bn. But it isn't splurging it all on the network: around £50bn is being returned to investors. It's also spending £7bn on an upgrade program it calls 'Project Spring', although that's largely made up of in-place upgrades from 3G to 4G.

The amount of capex was £1.8bn, up a little from £1.5bn a year ago. Telco analyst Keith McMahon laid into the firm via Twitter:

There is no other way to explain it, but Vodafone's results are terrible, especially given the explosion in mobile data...

Voda's debts, including joint ventures, stand at £31.5bn. Without the JVs it's still riding high at £29.8bn.

AT&T and Softbank have been touted as potential buyers for Vodafone - if only for the cash. You can hop over to this PDF for a country-by-country breakdown. ®