The perfect fantasy flick for the online Valentine you've never met: Her

And you thought Reg commenters got emotional about OSes...

Similarly, Theodore is enchanted by Samantha’s unceasing interest in him, but presumably she’s just running some algorithm, adapting and adjusting as AI should. Arguably, there's a bit of that in all of us as we get to know someone and become increasingly fascinated by the newness of them. Alternatively, if we find ourselves bored by them, asking the right questions can deliver interesting and entertaining answers.

For those busy with online dating and chatting to unfamiliar bodies on IM, this all appears to be second nature. This is something Jonze would want us to acknowledge, to make his take on an AI relationship all the more believable. To ease us into this possibility, before Samantha even appears on the scene, Theodore is on chatlines making merry with bored women who can't sleep. At one point we see him trying to get a grip on the peculiar fantasies of “Sexy Kitten”, voiced by Kristen Wiig (Paul, The Secret Life of Walter Mitty). 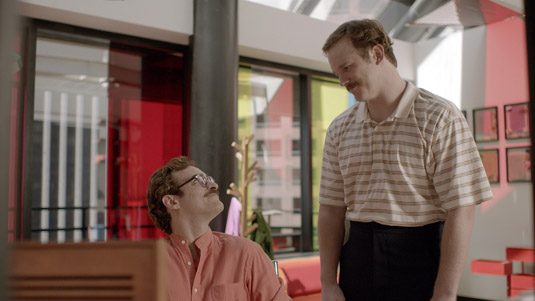 As should be obvious by now, Theodore is quite the fantasist. He makes a living dreaming up perfect scenarios for lovers, family and friends to indulge in, but none of these people ever come to visit him; that’s not the deal. Nevertheless, real life is inescapable for Theodore and while he can imagine a perfect relationship, his relationships suffer because nobody can match his fantasies of perfection.

The movie brings up a number of examples and highlights how the ever-helpful, ever-present Samantha meets his needs. Besides an earpiece to communicate with her, there’s a pocket-sized tablet that opens like a photo frame enabling images to be conveyed from Samantha – and likewise, Theodore shows her the world with camera on the back of the device poking out of his shirt pocket. 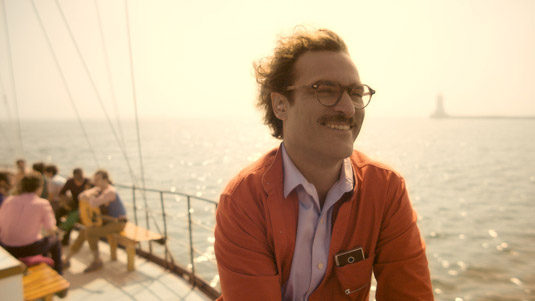 Samantha gets a view of the world from Theodore's top pocket

Not being human, but certainly wanting to imagine she is, Samantha does make a few faux pas which reveal some significant differences in thinking and, as you later discover, where her interests and passions really lie. That said, she still proves to have many useful qualities and her AI talents do enhance Theodore's life in productive ways too. 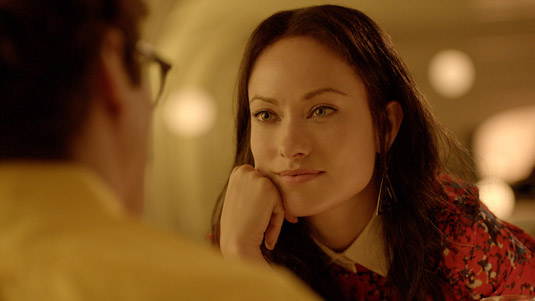 Doing it for real: Theodore must have some serious problems if he messes up this date

As a cinematic experience, having a disembodied voice as a main character is a less than ideal set-up and the rose-tinted grading of the film seems like an all too obvious conceit. Still, Amy Adams (American Hustle, Man of Steel) brings some life to the proceedings as his platonic friend, with Olivia Wilde (Rush, TRON: Legacy) changing the mood a little when Theodore tries dating for real.

Adams and Phoenix worked together on The Master (2012), putting in superb performances alongside the late Philip Seymour Hoffman. If you really want to see what these actors are capable of – and hear Hoffman in magnificent form rather knowingly expounding on the effects of various intoxicants – then it is well worth seeking out. 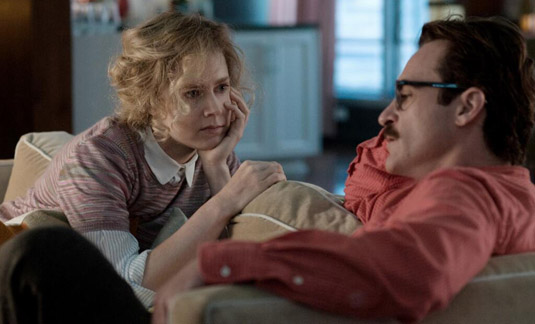 Just good friends trading war stories: Amy remarks, "Falling in love is a crazy thing to do. It’s kind of like a form of socially acceptable insanity."

Her would stretch any actor’s talents, but more for what it asks of us, rather than what it demands of them. The name of the main character seems telling, as I presumed Theodore Twombly to be a composite of celebrated poet Theodore Roethke and calligraphic artist Cy Twombly. Having seen Twombly’s work at Tate Modern, you begin to wonder how he got away with these scribblings – and you might have similar feelings about Jonze’s script.

As my other half said to me at the end of the film, perhaps it was the beta version. ®

Spike Jonze's film Her is on general release throughout the UK from 14 February 2014.

All driller and lots of filler aboard the ISS

New theory: The space alien origins of vital bio-blueprints for dinosaurs. And cats. And humans. And everything else

PSA: The 2020 monolith is a dead meme. You can stop putting them up now. Please

Updated Some of us actually have work to do