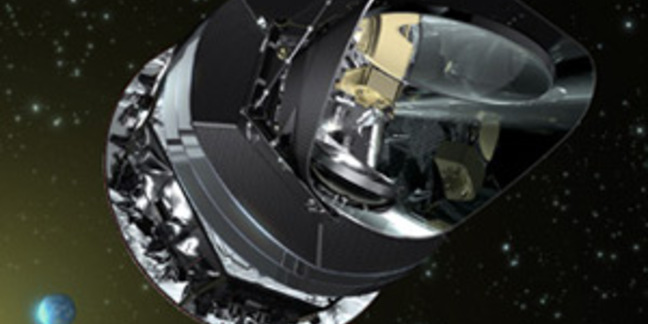 Some of the universe's “missing matter” might have been found in an unexpected place: exactly where it ought to be, sitting in galaxies.

The missing matter question arose when the ESA's Planck mission team published this paper on Arxiv, in which they pointed out an apparent discrepancy between the “wrinkles” in the cosmic background radiation, and the amount of matter that seemed to exist in galactic clusters.

Planck's result is based on a phenomenon dubbed the Sunyaev–Zel’dovich effect: the microwave-wavelength photons of the cosmic background radiation are given extra energy by collisions with the hot gases of galactic clusters. Measurement of the difference between “unboosted” and “boosted” photons should predict the mass of the clusters.

The problem was that Planck's Sunyaev–Zel’dovich predictions suggested that about 40 per cent of the mass in the clusters was missing.

That kind of a mismatch was always going to send astrophysicists on a mission to work out an explanation, and according to Nature, proposed explanations went so far as to include suggestions of new and previously-unimagined types of neutrino that are heavier than the ones we know about.

Two new studies, Nature reports, suggest that the discrepancy isn't because there's missing mass: rather, the new analyses suggest that the “missing matter” results can be explained by the phenomenon of gravitational lensing.

Gravitational lensing, discussed by early 20th-century physicists including Einstein, is a phenomenon in which the huge gravitation of objects like galactic clusters will bend light passing by them.

The amount of lensing provides a way to estimate galactic mass, and that's what the new studies focus on. Only one of the studies, from the Weighing the Giants (WtG) project, has been published – here – and its authors say that with a robust calibration of “weak lensing”, the discrepancies in the Planck estimates can be resolved.

The WtG project sampled 22 of the galactic clusters also measured by Planck, and comes up with a mass estimate that's 43 per cent higher than the mass predicted by Planck's use of the Sunyaev–Zel’dovich effect.

“Adopting the WtG weak-lensing-based mass calibration would substantially reduce the tension found between the Planck cluster count cosmology results and those from CMB temperature anisotropies,” the group writes.

As Nature notes, the study of galactic mass is one of the more difficult challenges in cosmology, with lots of uncertainty. The Planck group is now conducting its own re-analysis with a more finely tuned mass calibration, which should be released later this year. ®

Hi there, Hubble, glad to hear you're doing okay

Our eye on the sky winks open