Still on schedule for 2015 Moon landing

Next year Google could dish out its $30m Lunar X Prize if a private organization manages to safely land a vehicle on the surface of the Moon and trundle it across the lunar regolith. Now the first $6m of that money is up for grabs.

Of the 18 teams competing for the grand prize, five have been selected to take part in trials this September to demonstrate their technology for landing and getting around on the Moon is viable. Now Google judges will be visiting them to check out who is eligible for the reward. 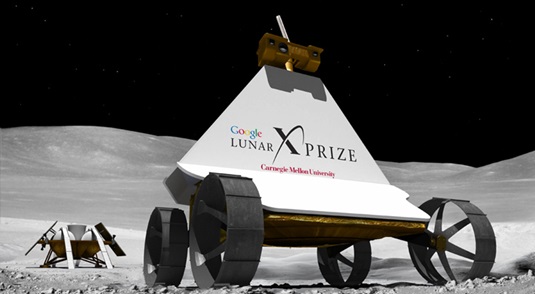 The Astrobotics rover is getting ready to roll

The five teams include two from the US: Pennsylvania's Astrobotic Technology and Moon Express, who are based just down the road from Google in Mountain View. Team Indus is based in New Delhi, Hakuto hail from the Netherlands, and the delightfully named Part-Time Scientists from Germany will also be trying out for early-stage funding in the heats.

The selected teams will be competing in three key areas: Landing, mobility, and imaging. There's $1m available for teams that can demonstrate they can successfully soft-land a probe on the Moon's surface, $500,000 for showing how a rover will traverse the required 500 metres from the landing spot, and $250,000 per team for proving that their designs will be able to send back pictures and video via satellite. 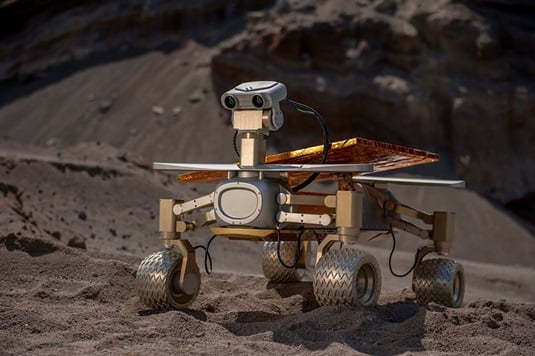 Andrew Barton, director of technical operations for the Lunar X Prize, told The Register that the five teams picked aren't necessarily the most advanced entrants, but those that wanted to earn extra funds to support the goal of getting to the Moon. If they are successful in the final competition, any winnings collected by that point will be deducted from the total prize award.

Up for grabs is a $20m grand prize for the team that successfully sends a spacecraft from Earth to the Moon, lands it safely, releases a rover that travels half a kilometre across the surface, and sends back high-definition images and video for two "Mooncasts," by the end of December 2015.

The second-placed team will earn $5m for their efforts, with another $4m available for those that complete ancillary tasks, such as driving a rover over five kilometers across the surface or who can design a craft capable of withstanding the crushing cold of a lunar night. There's even a $1m prize for "promoting diversity in the field of space exploration."

"I'm confident the 2015 deadline for the Grand Prize is achievable," Barton said. "It's not going to be easy, space travel is inherently high risk, so any team is going to have to be good at managing that risk, but multiple teams are looking good."

The 18 competing teams have come up with some novel technologies to do the job, he explained. For example, in order to move the required 500 metres many teams are opting for a standard wheeled rover, while others are going to use rocket propulsion to hop from one spot to another. Some teams are even working together to share launch and landing vehicles.

Barton said that there's very little in this for Google – it specifically lays no claim to the technology or techniques used to get to the Moon. Instead the search giant is funding the prize in an attempt to bring the era of commercial space exploration a little bit closer, and $30m isn’t a great deal to spend on something that could have so many benefits for mankind. ®