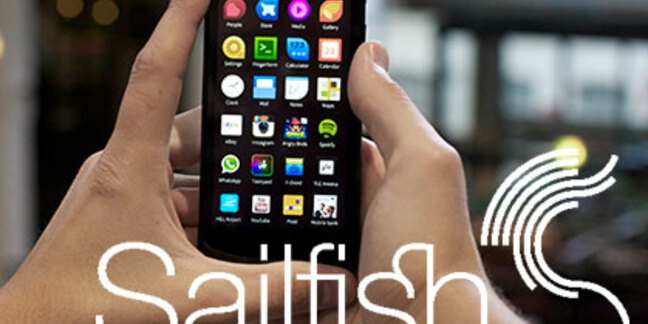 Just a few months after the launch of its first handsets, Finnish smartphone startup Jolla has announced that Sailfish OS, the Linux-derived operating system that powers its devices, has reached version 1.0.

What's more, the company says that Android users will soon be able to try out Sailfish OS on a wide range of devices.

Jolla's kit first went on sale in November via the web and in select retail stores in Finland. Since then, the company has shipped three major software updates for the devices, and Sailfish OS 1.0 will arrive as a fourth update in early March.

"We believe that Jolla now offers a truly viable option for all smartphone users," Jolla COO Marc Dillon said in a statement [PDF]. "Naturally we are not stopping here, as we continue to provide monthly software updates to Jolla devices and Sailfish OS."

Dillon is just one of several ex-Nokia execs who founded Jolla in 2012 to revive MeeGo, the mobile Linux variant that Nokia abandoned when its then-CEO Stephen Elop inked an exclusive deal with Microsoft to ship nothing but Windows Phone.

Under Jolla's care, MeeGo morphed into Sailfish OS, gaining a novel, gesture-based UI and an Android compatibility layer along the way.

Now the Finnish firm says the fruits of its efforts will soon become more broadly available to Android users, in the form of a set of OS images for popular smartphones and a downloadable Sailfish OS UI launcher app.

Sailfish OS ports have already been developed for several popular Samsung Galaxy, Google Nexus, and Sony Xperia phones, and Jolla plans to make them available for download during the first half of 2014.

"We see this as a huge volume opportunity for Sailfish OS as there are close to a billion Android users globally," said Jolla chairman Antti Saarnio. "Many of them are looking for new user experiences to freshen up their existing devices. Last year in China alone, about 100 million devices were re-flashed after the purchase with a new operating system."

Before it ships flashable Sailfish OS images, however, Jolla plans to first release an app that simulates the Sailfish OS user experience on Android devices. The company says it will make the app available from various Android app stores and Jolla.com, though it gave no firm timetable.

Jolla phones are currently selling for €399 to customers in EU countries, Switzerland, and Norway via Jolla's online store, and to Finnish customers through DNA retail shops. Jolla plans to demo its hardware and Sailfish OS 1.0 at the Mobile World Conference in Barcelona from February 24–27. ®

In the months since its public launch, Jolla has been lining up partnerships with companies to support its phones and Sailfish OS. F-Secure will soon offer Jolla customers gigabytes of cloud storage through its younited service, while Tieto will offer Sailfish OS integration services to OEMs. And on a lighter note, Jolla has teamed up with Finnish games maker Rovio to develop a The Other Half smart cover that will skin Jolla phones with unique graphics, sounds, and other content from its bestselling franchise, Angry Birds. Bet you can't wait for that one.

Mozilla tries to do Java as it should have been – with a WASI spec for all devices, computers, operating systems

One binary to rule them all

Can't do it the US way? Then we'll do it Huawei – and roll our own mobile operating system

Just a plan B, claims Chinese giant, in case we get cut off from Android, Windows

Victor Frankenstein would be impressed