You’re a LIAR and a CHEAT... la-la-la, I can't hear your lawyers

Something for the Weekend, Sir? Interactive Lard. Remember the name: one day they will be huge.

This is the rock band name that Dabbsy Lite v1.2 came up with as a result of a random word search through a dictionary. I wouldn’t normally recommend this approach: look what flicking randomly through a discarded Atlas on Wimbledon Common did for Bungo Womble.

But Interactive Lard is quite catchy, isn’t it?

Rock bands can get away with silly names in the knowledge that in time, after achieving a measure of seniority simply by not removing themselves from this dimension by inhaling someone else’s vomit or through spontaneous combustion, they will be regarded by fans as elder statesmen of the modern music.

Clip from This Is Spinal Tap spoof documentary.

The first time I saw the band name Mastodon, supporting the what-it-says-on-the-tin Metallica, I thought it was pretty funny in a pomp-nob sort of way. Yet these days they are regarded as the height of sophistication within the genre. This evening I shall be watching curious rap-metallists Limp Bizkit – shouting “Stick 'em with something Limp!” lacks edginess in my opinion – supported by the likes of Baby Godzilla and, get this for a name, Nekrogoblikon.

A similar process applies to the naming – sorry, of course I meant "branding" – of smartphone apps. One week you mistakenly brand your startup with the first cheesy piece of word-game bollocks invented on the spur of the moment by the unpaid office intern, such as, oh I dunno, how about "WhatsApp"? And the next week you’ve sold it for £11bn to someone who hired an industry guru on the basis that his key contribution to world betterment was to suggest dropping the "the".

Clip from The Social Network film.

So it was with rolling eyes that I greeted a friendly and earnest introduction to an app called Reput. Perhaps you are not familiar with it. Reput is “a reputation meeting point that fuses everyone's online and offline circles for a wider view on others, and ourselves.” There, now you know.

The reason I was rolling my eyes was because I was reading it literally as "Re-putt", thinking it was some whack golfing game.

I suspect it’s supposed to be pronounced "Repute". Perhaps they dropped the E in a misguidedly childish way of trying to appear cool, because as we all know cool people are illiterate, or maybe it was done in honour of the late, great Bob Holness.

As I understand it, Reput is a social networking app that allows you to bestow judgments on the personalities of the people in your contacts book and share them with other people who have Reput installed. This then builds up a snapshot of each contact’s reputation for whatever reputation-trashing mock personality traits your sick mind comes up with.

This being the case, it would facilitate defamation in a way that Twitter trolls could only wet-dream of. Surely this can’t be right, can it?

Suggesting that the developer is not wholly unaware of the potential for misuse, Reput’s CEO conveyed in an email to me, somewhat ungrammatically: “It brings about many issues like freedom of speech vs privacy or how traditional reputation building process for individuals took so long to get to the internet.”

It didn’t sound legally safe to me so I emailed the CEO, Chus Carasa, for clarification:

“While you mention that it has relevance to issues such as freedom of speech and privacy, I would be interested to know how your app stands with regard to the Data Protection Act and British defamation laws.” 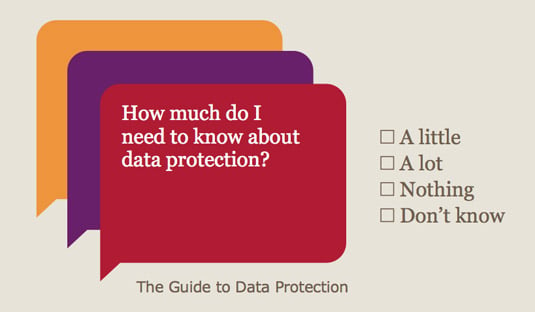 The reply insisted that Reput does not gather personal data, thereby protecting Reput itself from the wrath of the Data Protection Registrar. Well, I wasn’t having that. The app developer may be as clean as new-fallen snow but those running the app will not be. So I insisted:

“While Reput itself doesn't see the contacts of any Reput user, obviously the users themselves ARE swapping data about identifiable individuals. Anyone who has been obliged to sign up to the Data Protection Register, such as journalists like myself, cannot use Reput without breaking the law.”

The CEO confirmed that anyone who has signed up with the DPR should not install Reput:

“This service has been designed for personal use only.”

Pushing the libel issue, I wrote:

“What would happen if I discovered that I had been maliciously rated as dishonest on Reput? It doesn’t matter whether the small print says Reput should be applied strictly for personal use, not business: if I was a plumber or a child-minder, I could lose work. How would I or my lawyers go about obtaining the details of all the people who rated me low for "honesty" so that I may sue them for libel?”

“We understand your concerns about defamation and some other misuse possibilities that may arise when people communicate on a free and independent basis. We were very clear in our ToS about what Reput cannot be used for (such as defamation).”

Oh, so that’s all right then. The small print says you should not be naughty. Sorted.

“All social networking is subject to the laws of defamation. While Twitter users can often get out of trouble by claiming they were being ironic or satirical, a Reput user who trashes someone’s reputation in the eyes of other Reput users has no line of defence against a writ for libel.”

The CEO’s reply was:

“People are allowed to express and communicate their opinions, even if they are referred to other people as far as by sharing those opinions they don’t infringe any applicable law.”

In other words, it’s not our problem, your honour. Their CEO added:

“No one can be rated as dishonest. Reput only allows to rate positive features of individuals' personalities.”

Consider the screenshots on Reput’s homepage – honesty ratings can go down as well as up. 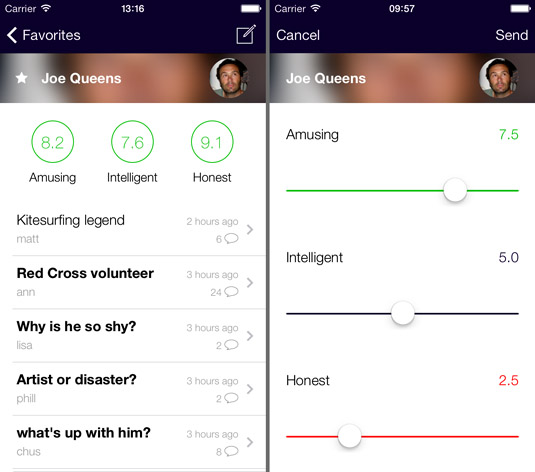 Reput's app: what are your honest feelings about it?

Am I being pig-headed or does anyone else think that giving someone a low rating for honesty means you’re calling them dishonest?

The CEO’s sign-off is worrying:

“We firmly believe ToS matter and we expect our users to honour them as anyone would do when agreeing on a deal.”

Agreeing a deal? Come on, who really reads the terms and conditions? Everyone just scrolls straight to the bottom and clicks OK. We all know this but apparently Reput doesn’t, nor does it want to be told.

Well, I’ve said my piece. Good luck, Reput, even if you don’t need it. Bad publicity arising from law-breaking committed by users never did Twitter any harm. ®

Alistair Dabbs is a freelance technology tart, juggling IT journalism, editorial training and digital publishing. He wishes to apologise to regular readers for the lack of nob jokes or swearing in this column. Normal bell-ending service will be resumed next fucking week, as will another forlorn attempt to call Will.I.Am a– [We get it. Ed].

Show us that benefits outweigh the cost, BCS challenges government
Legal17 May 2022 | 84