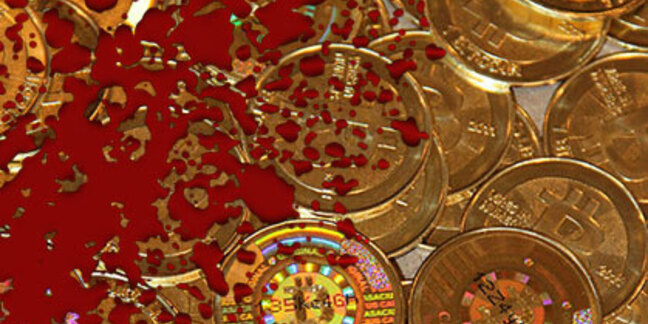 Another $US200,000-plus worth of Bitcoins has been lifted, according to Trustwave, which has identified a new Pony botnet targeting crypto-currencies.

News of the heist comes hard on the heels of Mt Gox withdrawing from the Bitcoin foundation and killing off its social media accounts.

Pony isn't a horse of a completely different colour: it first emerged during 2013, and was fingered for lifting a couple of million passwords in December, as explained in this McAfee blog post.

The same botnet has now been successfully deployed as a crypto-currency stealer, according to a Trustwave Spiderlabs post.

“Not only did this Pony botnet steal credentials for approximately 700,000 accounts, it’s also more advanced and collected approximately $220,000 (all values in this post will be in U.S. dollars) worth, at time of writing, of virtual currencies such as BitCoin (BTC), LiteCoin (LTC), FeatherCoin (FTC) and 27 others,” write the company's Daniel Chechik and Anat Davidi.

They continue: “This instance of Pony compromised 85 wallets, a fairly low number compared to the number of compromised credentials. Despite the small number of wallets compromised, this is one of the larger caches of BitCoin wallets stolen from end-users.”

The attack ended not by being shut down by security companies, but because the attackers “closed shop” during January.

Trustwave notes that most users, it seems, don't encrypt their wallets, which seems somewhat rash to The Register. ®

To Russia, with love: Greek court now says Bitcoin fraud suspect could be tried at home

US and Moscow both want to extradite Alexander Vinnik, 38, but minister of justice will decide