T-Mobile US: Our dump-your-network drive is doing SO WELL (PS: We lost $20m last quarter)

Telco picks up customers ... at a cost 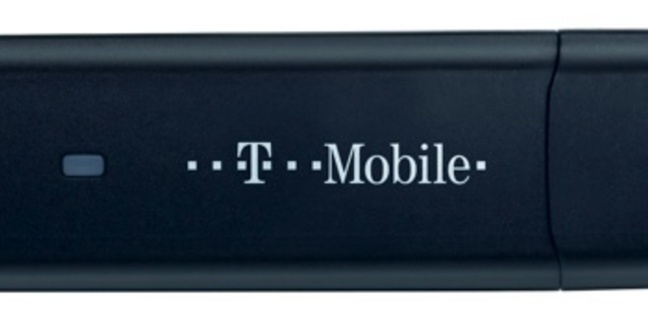 T-Mobile US is boasting over continued growth in subscribers for its mobile services, despite losing $20m this quarter.

The firm said that over the fourth quarter of its 2013 fiscal year it added some 1.6 million customers, topping off 4.4 million new customers over the full year. The company noted that more than half of the new additions were branded prepaid customers.

Those numbers, say executives, indicate that the firm's "Uncarrier" campaign is paying off as customers are looking to dump rival carriers for T-Mobile's cheaper billing and "better" device upgrade options.

"Our performance in the fourth quarter and the full year is clearly proving that we have our strategy right and that we are executing it well," said T-Mobile US CEO John Legere.

"Customers are fed up with the old ways and are voting in favor of choice, innovation and doing business with a company that cares about them and is willing to earn their business," he added.

That growth, however, came at a cost for T-Mobile. The company logged a $20m loss in its fourth quarter of fiscal 2013, compared to an $8m loss in the year-ago quarter. Over the full year the company pulled a $35m net income on the strength of solid numbers in the first quarter of the year; in the previous year, the telco's net income a $7.3bn loss, largely due to an $8bn charge for buying MetroPCS.

One of the factors the company noted was a drop in its average revenue per user (ARPU). With the discounts being offered by the company to lure customers, T-Mobile found that it had logged just $50.70 on average per customer, down from $55.47 in the fourth quarter of last year.

Still, the company remained optimistic, telling analysts that its losses would slow and its ARPU would once again start to pick up as the new users ease in to their T-Mobile plans and revenues begin to pick back up.

The company hopes that as the Uncarrier campaign continues to mature, it will again see revenues pick up under its larger user base.

Do you see those numbers #Randall? Scared yet? #YouShouldBe #uncarrier http://t.co/a2Sb6zbu3Q