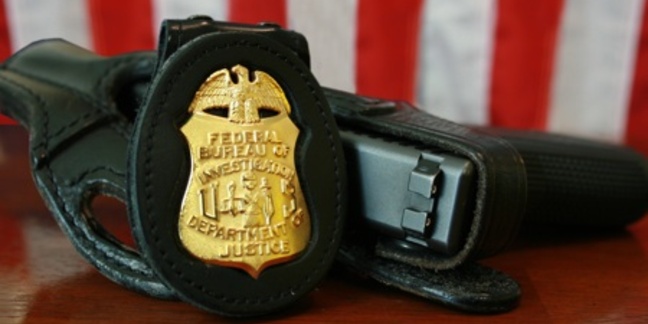 The US government have laid more hacking charges against a Brit alleged to have hacked into the US Federal Reserve.

Lauri Love, 28, of Stradishall, Suffolk, is charged with one count of computer hacking and a further charge of aggravated identify theft over an alleged attack on Federal Reserve computer systems between October 2012 and February 2013.

Love already stands accused of breaching the security of NASA, the US military and FBI, among other US government agencies, as well as systems elsewhere in the world.

A subsequent US Department of Energy audit concluded that 105,000 identities were siphoned off as a result of the hack. Investigators reckon Love worked with three as yet unnamed Anonymous-affiliated co-conspirators in running the attacks, the BBC adds.

A campaign has been launched to fight any possible extradition bid by the US. Extradition papers have not (yet) been filed.

Karen Todner, who served as Gary McKinnon's solicitor throughout a long-running an ultimately successful campaign against his extradition, commented on Twitter:

US indictment published against Lauri Love. He remains on bail in the UK where we hope these matters will be resolved.

Love is also in legal hot water in the UK. The former physics student faces up to five years in prison over a refusal to hand over encryption keys to UK investigators working on the case, an alleged offence contrary to section 49 of the controversial Regulation of Investigatory Powers Act 2000.

Kaim Todner Solicitors are representing Love. In a statement they said his case was being investigated by the e-crime unit of the UK's National Crime Agency. "If there is an extradition request from the United States it will be vehemently opposed," the firm promised. ®

Pack your pyjamas, Zuck: US bill threatens execs with prison for data failures