Worlds away from Warcraft

Game Theory Up until now, there had been only one MMO in my life, but now I think I might have to become polyamorous. The Elder Scrolls Online beta has had me up every night recently, bashing my way to level 10 so I can PvP in my nifty lava spike armour.

During the course of just one week in which players were allowed to try it out, the beta of the most anticipated massively multiplayer game of 2014 became my Valentine. We were also given a second bite of the cherry over the weekend, more on this later. 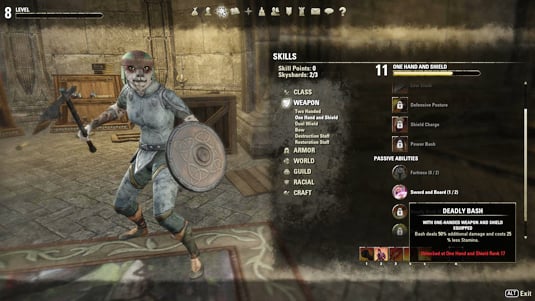 A game of skill?

First things first, let's not forget that this is an early version of the game and not the polished product due out in April. That being so, there are still elements that need tweaking and subject to change in Tamriel, all at a developer's whim.

Logging on to the beta, you'll be suddenly transported to the familiar land of Tamriel where there are three individual factions struggling for political supremacy. This narrative takes place 1,000 years before the events of Skyrim and 800 years before oblivion and Morrowwind. 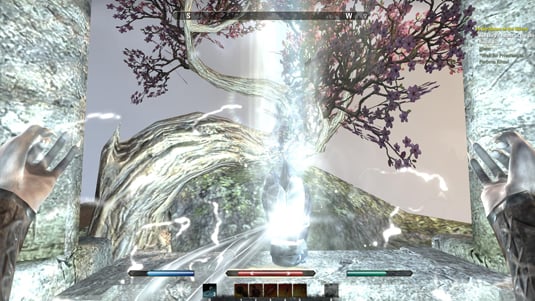 Suddenly you're dropped in the middle of a rather disorganised prison break where you hastily snatch a weapon of your choice and bash a skeleton. You have the option of several character classes: Nightblade, Templar, Sorcerer and Dragon Knight. I played a couple of the different characters trying out a Nightblade stealth archer and a Sorcerer, but finally settled upon a Khajiit Dragon Knight for this beta foray.

Your character's skills are based around five slots plus one ultimate skill. Trait points are divided between stamina, health, and magic/mana. With only one new point available per level, it’s not an easy decision on how to allocate them. My character's skills were fire-based – including an awesome chain called Fiery Reach that had me pulling enemies towards me and shouting "Get over here!" like Scorpion from Mortal Combat. 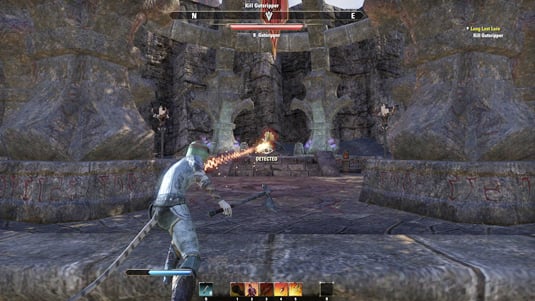 One of the best things about this game is the more you use a skill the more it levels up. Once you level up a skill, you can morph it into two branches/. For example, the skill tree for Fiery Reach splits into the two branches of greater damage or extended reach.

The look and feel of the game so far definitely tends towards The Elder Scrolls. When I first started playing I felt like I was starting a traditional MMO but the more I played, I soon lost the feeling of being in a multiplayer environment due to the remarkable voice acting and fantastic score. 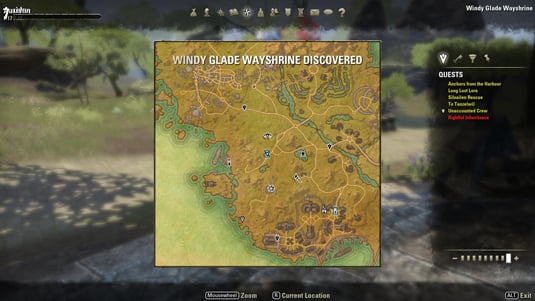 That said, this being a beta, the graphics aren't refined and the towns felt somehow lacking, and at this stage of the game’s development it is strangely without a soul. I have to keep reminding myself this is an unfinished product and I am only just catching a glimpse of how The Elder Scrolls will build on its RPG foundation to become an MMO of impressive complexity and depth. Well, here’s hoping.

There were so many interweaving quest lines in the short time that I played that I had but the smallest glimpse into this MMO world and its rich narrative. But I have to admit that as I explored and conversed with NPCs, some of the quest chains became overly similar. Quest givers are easy to spot (they have a symbol above their heads) but it’s the stumbling upon quest through exploration that excited me the most. Skyshards are found purely through exploration and after collecting three of them I can add a skill point. 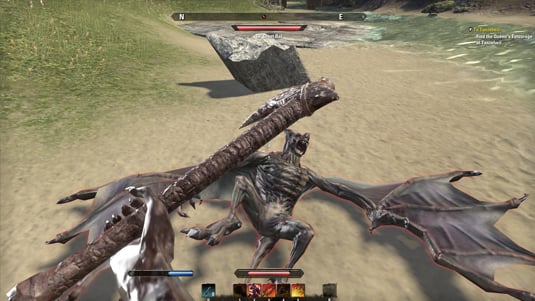 Be warned though, quests might start out simple – such as donning a guard's uniform to speak to the queen – but soon enough there are some challenging quests with dickhead dinosaurs kicking your ass. So it’s best to go looking for group or at least team up with one other hero to go back and reek some prehistoric vengeance.

Luckily, the design of the zones, so far, means that I don’t end up a complete cropper. Even though quests seem demanding, they are undeniably suited to my level. This makes exploration a pleasure rather than a chore – good old Fast Travel! 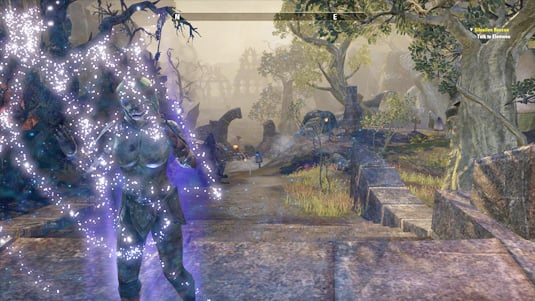 Fast Travel has its advantages

The exploration during Skyrim was one of the aspects that really helped with the suspension of disbelief and had me entirely immersed. Levelling is slower than in most MMOs I have played – but this is a good thing. In recent years, Blizzard has changed WOW to make it much easier and quicker to level. Personally, I’m not sure why this sugar rush has been implemented just to attract n00bs.