If you don't GRIP it tightly, lonely enterprise cloud will WANDER

There's more to this than just a bigger DropBox

At the colo shows of DCW and CEE at the Excel Centre in London last week, it was evident that the body of the data centre is trying to keep fit with efficiency improvements, yet the mind of the cloud is given to wander. It has become quite a problem as users take the initiative and resort to shadow IT solutions as company cloud IT policies lag behind expectations. 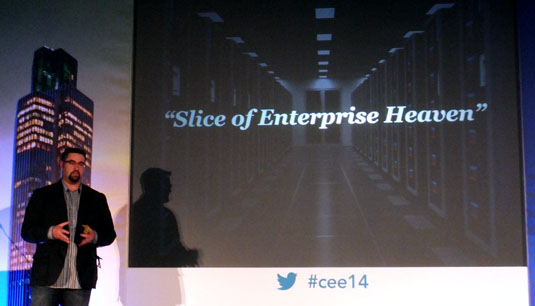 In his seminar on Cloud, Enterprise and the New Rules of IT, Jared Wray, chief technology officer of cloud at CenturyLink (the company that owns and has rebranded Savvis) outlined how cloud computing has evolved from experimentation and deployment to optimisation with a particular focus on the end user.

The presentation seemed to sum up the mood on the floor that, as far as enterprise was concerned, cloud offerings were no longer work-in-progress hiding behind balloons and other gimmickry featured on stands of shows a couple of years ago.

Visitors were discussing needs and looking for solutions, and seeing the cloud as platform where they could do business. 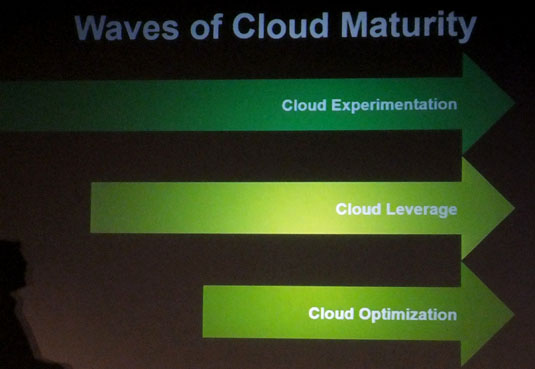 The three ages of cloud

As Wray pointed out, an early issue was enabling enterprise-based workloads to get a slice of data centre performance in the cloud with automation, governance and security in place. Part of the attraction was to shift from capital expenditure to a new operational expenditure business model with the benefits of increased agility.

While world + dog uses the cloud in some form such as Google Drive, SkyDrive or iCloud, the ambiguities abound regarding what cloud services for enterprise actually entail and what they can deliver. 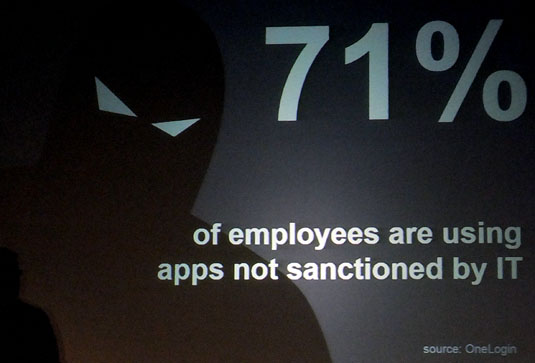 “We had a problem where the customer was moving past what IT was trying to figure out. We were starting to see that over 71 per cent of business users were now just using shadow IT and going to these clouds already – using things like DropBox and Salesforce… lighting up an entire environment for all their sales and marketing campaigns without IT even knowing.”

According to Wray’s figures, 50 per cent of US developers were happy to utilise shadow IT in the US, whereas the figures were up to 72 per cent in the UK.

“The big problem of the whole IT department just saying 'No' all the time. No, there’s no security. No, there’s no policy. No, there’s no way of doing provisioning. And what happened over time is the business units and the developers were going to them [IT] and saying: We’re already there; you guys need to catch up.” 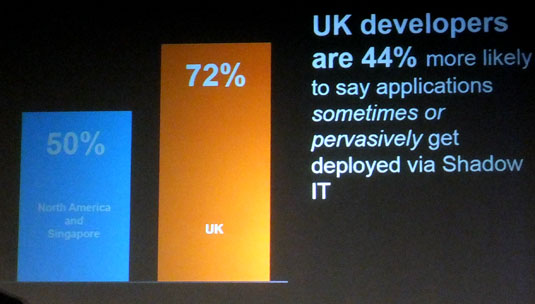 The problem that Wray highlights is that not many clouds during the experimental phase or even now have the necessary features for enterprise workloads or compliance. He cites one CenturyLink customer that did have its own private cloud but uptake was poor. To understand what was going on, the firm did an audit of the company credit cards only to discover over 400 shadow applications were being used, an $8m spend.

The upshot of it all was the users were resistant to the compliance, policies and governance issues that stifled the agility of their cloud application needs. Even after a revamped model was put in place, he says that they literally had to beg the users to move to the platform. It took time at first, but from an initial user base of eight it has grown to 100 and with it considerable savings. 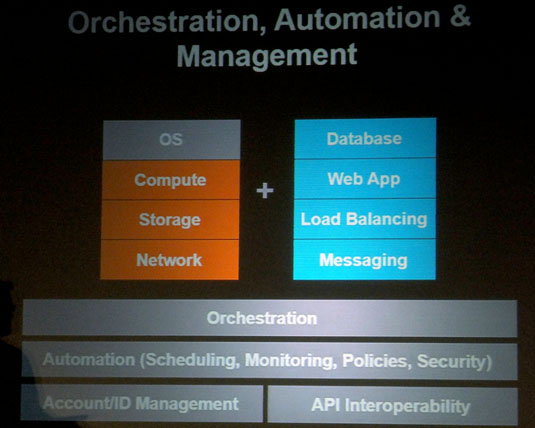 Cloud services management: build it and they will come

There remains the issue of cloud optimisation that goes beyond figuring out how to build a platform that actually makes sense and is IT ready, developer friendly and rapidly scalable. As not all clouds are created equal, price/performance is a consideration visitors to enterprise cloud customers will want answers to, as the total cost of operation can get cloudy too with full flash array performance ranging from 15,000 IOPS minimum to 100,000 IOPS at the top end. 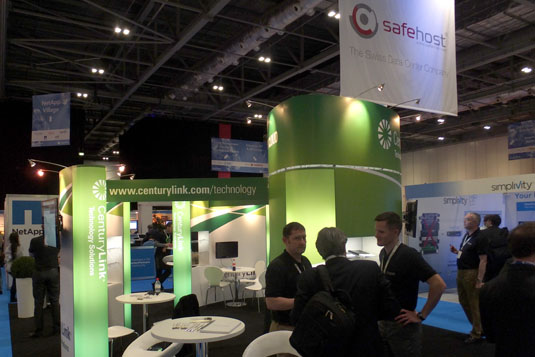 If Wray's observations on the state of play for enterprise cloud users is typical, next year's Cloud Expo Europe promises to have a much more hands-on display of managed services than ever before ... and some visitors might even be familiar with them. ®