John Lewis to respray with coat of Oracle ERP: Don't worry, we won't be 'wall to wall' Larry

The CIO of John Lewis makes no apologies for what he’s about to do. Quite the contrary.

I’m meeting Paul Coby at John Lewis's offices in Victoria, a concrete tower fitted with JL’s fittings and furniture that overlooks the jumbled innards of London's £700m upgrade of the Victoria underground line. It's also a tube-strike day. It's a mess out there.

“I’m totally unapologetic about investing in the supply chain,” Coby tells The Reg in the cushioned and co-ordinated calm above the high-viz, rain-splattered chaos at street level.

“I understand what I’m letting myself in for – it’s horses for courses,” he presses on.

What the IT chief for this flagship British retailer is about to do is open a real can of worms: a company-wide ERP rollout.

Oracle will replace a patchwork of 50 legacy systems that have grown as John Lewis and the Waitrose food business have grown over the decades. It's a four-year project that's expected to finish in 2017. The retailer is not saying how the project is priced.

ERP rollouts can be fraught with risk and when they go wrong there are real consequences.

Down in the streets, when things have gone wrong - like when builders filled the Victoria control room with concrete - the result was nothing worse than a storm of angry Tweets, incredulous headlines, and red faces for those in charge.

ERP is worse. If ERP goes wrong, the result can be material.

Botched projects at the Hershey’s confectionery biz and at Levi's clothing firm cost the companies millions of dollars in lost sales that were so significant they had to be reported on the balance sheet.

Door-to-door cosmetics firm Avon recently cancelled its planned SAP rollout, writing off the whopping $125m it had spent on a global project cancelled following a failed pilot in Canada.

But as far as Coby is concerned, this project is important to John Lewis's future and the reward is justified.

In an exclusive interview, Coby told The Reg the the existing kit has served John Lewis well but is reaching the end of what’s possible or desirable for the business. Meanwhile, the competition is getting smarter.

“In terms of the scale of our ambition and growing the business and in terms of being able to move more quickly, now is the time you want to modernise those core systems,” Coby said. 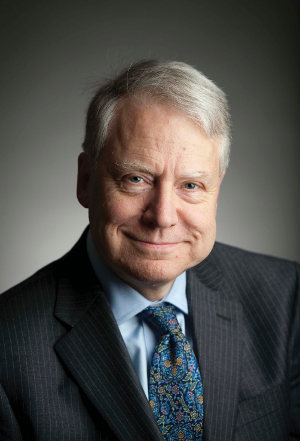 “You can get so far with legacy, in many respects legacy is a great thing - you have paid for it and the bugs have been removed, but the business is changing,” he said.

You could see this the second installment in John Lewis’ omni-channel retail strategy.

Omni-channel is big in retail – the ability to sell online, through mobile, the call centre and, yes, the store.

But, more channels make the view of the customer fragmented; it’s harder to know when a customer has browsed in the shop but made their purchase online, or rung the call centre.

Coby reckons John Lewis was on to omni-channel ahead of most, thanks to the vision of its managing director Andy Street, but that’s only part of the story.

Next page: We know people research online before they come into the store
Page: