Scientists across la Manche have warned that "the time for action is now" following the first discovery on European soil of an alien flatworm immigrant with a voracious appetite for snails.

Several New Guinea flatworm (Platydemus manokwari) were spotted in a hothouse in the Jardin des Plantes, in Caen, and subsequently dispatched to the Muséum National d’Histoire Naturelle in Paris for analysis.

Boffins led by the museum's Jean-Lou Justine subjected the creatures to DNA testing, which confirmed their worst fears - that the beast on the "100 World's Worst Invader Alien Species" list had indeed landed in France, marking "a significant extension of distribution of this Invasive Alien Species from the Indo-Pacific region to Europe". 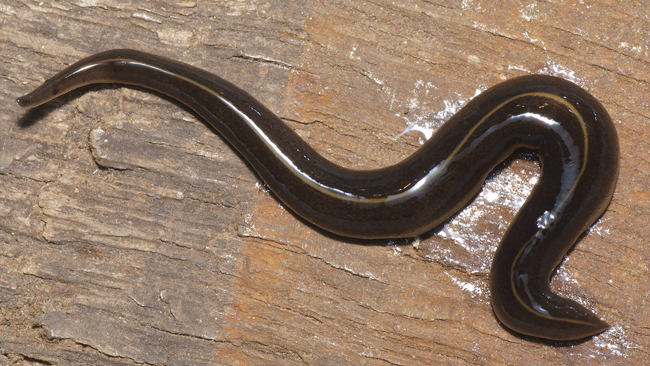 Waiter! I'll have a plate of escargot.... Image of Platydemus manokwari by the Muséum National d’Histoire Naturelle

Originally from the mountains of New Guinea, Platydemus manokwari has been "accidentally introduced, probably together with plants and soil, to various islands in the Pacific region including Australia, Guam, Palau, Hawaii, Federated States of Micronesia, French Polynesia, and Samoa".

Scientists believe that 10°C is the "possible threshold temperature" for the flatworm to gain a foothold in a new territory, and that accordingly "low winter temperatures may have restricted the invasion and establishment of P manokwari in temperate countries".

However, the researchers doomwatch: "Were P manokwari introduced to temperate countries and escape hothouse or similar containment, the flatworm may well survive winters and become established.

"The flatworm has survived in the hothouse at Caen, and it is expected that it would also survive outdoors in this region, and even more easily in more southern part of Europe."

Mercifully, there is hope of containing the menace before it makes short work of the gastropod foundation on which French cuisine rests. The flatworms "appear to be incapable of travelling long distances on their own", and depend on "transport of infected plants and soil". 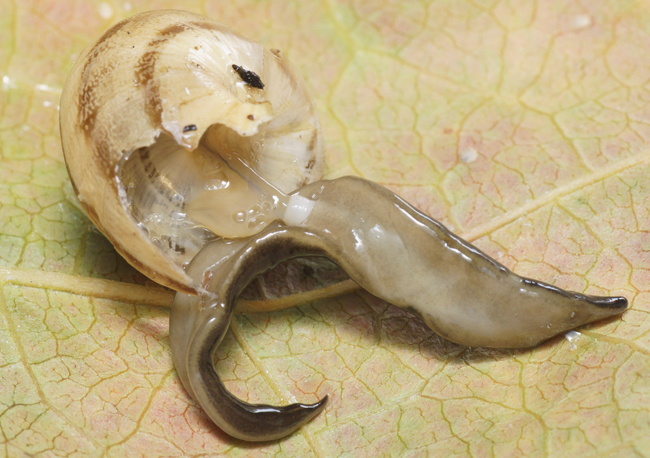 The scientists suggest the first line of defence is to contain the Caen incursion by "the eradication of the flatworm in its locality, tightening of internal quarantine measures to prevent further spread of the flatworm to and from this site, identifying if possible the likely primary source of the flatworm, and tracing other possible incursions that may have resulted from accidental dispersal of plants and soil from the site".*

Among the foreign flatworms which have already colonised parts of Europe is the New Zealand flatworm (Arthurdendyus triangulatus). This was first spotted in Northern Ireland, and has since spread to Scotland and parts of Northern England. It has a penchant for earthworms, leading to fears it might have a serious effect on soil quality. ®

*Or, in summary, "take off and nuke the entire site from orbit".