Dig through enough archives, old texts, magazine ads or historical archives and you're bound to see one: a bulky plastic oddity that looks vaguely like a portable sewing machine, save for a detachable keyboard and miniscule display sticking out of the front.

This clumsy, unwieldy behemoth is the Osborne I, and the story of its namesake, Adam Osborne, is one of the most fascinating stories from the dawn of the personal computing market.

Though Osborne passed away in 2003, we wanted to mark what would have been his 75th birthday with a look back on his legacy.

Born to British parents living abroad in Thailand, Osborne spent his childhood in south-east Asia before attending the University of Birmingham and then taking a job at Shell Oil. He would soon, however, leave that job and look to exploit a perceived blind spot in the market for instructional books aimed at the first wave of microcomputers. It was a trend Osborne would repeat in the coming decades.

By the late 1970s, Osborne (living in Berkeley, California) had a successful publishing business writing technical manuals on business computing. He would eventually sell that business to McGraw-Hill and embark upon a more ambitious plan: a bid to push into personal computing.

Osborne would embark on a project to build a new kind of microcomputer, a system designed for practical personal use. That system, designed by legendary engineer Lee Felsenstein, would become the Osborne 1.

According to Osborne, the aim was to build a simplified machine which would forgo bells and whistles in favour of portability and function.

"All that is necessary is that your product be adequate, properly supported, and readily available."

To that end, the Osborne 1 was a stripped-down system, even by early 1980s standards. The 5.25in screen was chosen because a larger CRT would have caused so much interference that the twin disk drives would have been unable to properly read and write. The operating system was CP/M, a pre-DOS OS that thrived in the days before the IBM PC dictated a common DOS-based platform.

On the 30th birthday of the Osborne 1, El Reg stripped the system down to its bare bones and detailed just how the company was able to put together a portable system in an era when most microcomputers weighed as much as a child. 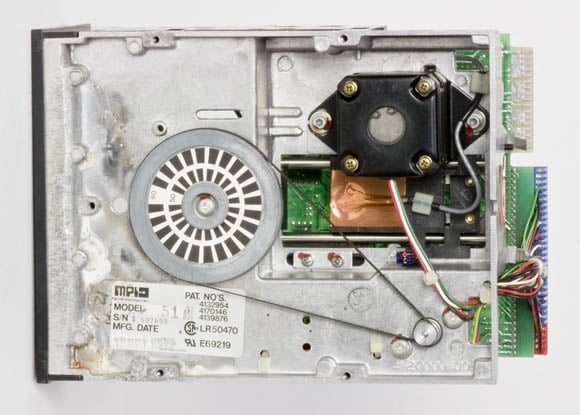 Where the Osborne set itself apart was with its software. Adam Osborne and his team knew that most consumers couldn't care less about a hardware checklist, so instead they chose to focus on bundling the system with a suite of software which carried a value greater than that of the Osborne hardware itself.

Among the offerings were the WordStar word processing platform, the SuperCalc spreadsheet software and two flavors of Basic, including the Mbasic release from then-upstart software house Microsoft.

The software bundle of the Osborne 1 was among the earliest instances of the "killer app" and Adam Osborne would come to refer to the package as his "greatest coup" in building his namesake system.

On the strength of its software bundle, the Osborne 1 proved a hit in the budding microcomputer industry. The company achieved a then-unheard of $10m quarterly revenue mark at its height, a significant number in the days before the Macintosh and Windows established a market for the home computer.

In 1981, Osborne Computer was flying high and Apple was on the defensive. The company had been living on the success of Woz's Apple II for several years now and an ambitious project called "Macintosh" was still in its infancy.

Against that backdrop, Apple sent its Macintosh team to the 1981 West Coast Computer Fair in San Francisco. At the event, members of the budding Macintosh project had a run-in with Osborne. Among them was Andy Hertzfeld, who would document the encounter later in his tell-all book Revolution in the Valley. Hertzfeld's account of the encounter between Osborne and the Apple team is as follows:

When we told him that we were on the Mac team, he started to chuckle. "The Macintosh, I heard about that. When are we going to get to see it? Well, go back and tell Steve Jobs that the Osborne 1 is going to outsell the Apple II and the Macintosh combined!"

So, after returning to Cupertino later that afternoon, we told Steve about our encounter with Adam Osborne. He smiled, with a sort of mock anger, and immediately grabbed the telephone on the spare desk in Bud's office, and called information for the number of the Osborne Computer Corporation. He dialed the number, but it was answered by a secretary.

"Hi, this is Steve Jobs. I'd like to speak with Adam Osborne."

The secretary informed Steve that Mr. Osborne was not available, and would not be back in the office until tomorrow morning. She asked Steve if he would like to leave a message.

"Yes", Steve replied. He paused for a second. "Here's my message. Tell Adam he's an asshole."

To those who knew the man, however, Osborne was more often than not seen as a genuinely nice person, the rare rational, balanced man in a startup world that more often than not demands a level of focus and commitment from founders which can border on pathology.

Following the collapse of the company, Osborne tapped journalist John C Dvorak to tell his side of the story. Dvorak remembers Osborne as a man who enjoyed a good cappuccino, garlicky salad dressing and the company of cats.

"Osborne liked to joke around and he had a good sense of humor," Dvorak recalled.

"He had a certain intensity and he was more of a happy person than [Larry] Ellison or [Steve] Jobs."

That disposition would separate Osborne from his contemporaries in the early days of the PC. As Dvorak noted, Osborne was less interested in becoming a billionaire than simply cashing out and riding into the sunset.

"His problem was, and you don't see this as much as you used to, he wanted to get a company started and then turn it over to somebody so that he had a cash cow," Dvorak explained.

"Today's workers in Silicon Valley and startups, they work their asses off. They work 12-16 hours a day and they pride themselves on that. Osborne wasn't willing to go that way, he wanted to get anyone else in."

That effort to bring in outsiders, however, would herald the end of Osborne Computer Corporation.

Next page: The downfall
Page:
Tips and corrections
13 Comments

Twice-annual tweaks is slower than Salesforce and Oracle, faster than other SaaS rivals