'Mommy got me an UltraVibe Pleasure 2000 for Xmas!' South Park: Stick of Truth

Game Theory Over the last few seasons South Park has become a bit of a stinker – and, more often than not, licensed video game adaptations are pretty whiffy too. When I first heard rumblings of South Park: The Stick of Truth I was dubious whether it would be any good, despite assurances that the production was being overseen by the creators of the animated classic.

Thankfully, by level 5 I have realised my doubts are completely misplaced. I am an RPG nerd, playing an RPG, of kids RPGing. Things don’t get much better than this. 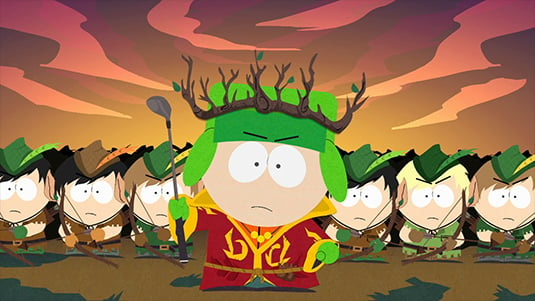 The introduction to my own personal South Park episode starts with Cartman expounding on the perpetual war between humans and dark elves over the legendary Stick of Truth: a mythical object that bestows the wielder complete power over the entire universe. It is foretold that a new kid could bring an end to this timeless conflict, so I am guessing that burden falls squarely on my 2D paper cut-out's shoulders.

This intro’s animation is an obvious homage to the inopportune 1978 rotoscoped Lord of the Rings, with Orcs just looking like they are on some kind of dirty protest – I’m sure Mr. Hanky would approve. 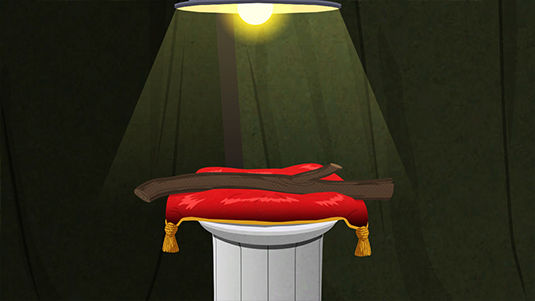 The legendary Stick of Truth

I have “South Parked” myself online before and used it as the basis for a couple of lesson plans (“There’s a time and a place for everything, and it’s called college.” – Chef) so it was easy to pick from the abundant choice of options how my new kid would look. I picked a New Jersey Spray Tan and a ginger 'fro.

Just saying, but it would have been nice to play a girl as I am like, you know, a fucking girl. Maybe this option was absent just to avoid Sexual Harassment Panda. But I also understand this gender imbalance is so I feel like one of the South Park clique and these nine-year-old boys just don't hang out with girls. 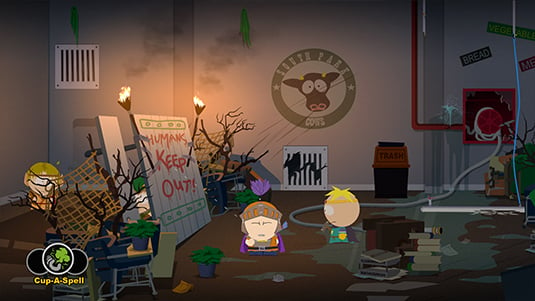 This being South Park, my first interaction with the game is to go sit on the toilet and poop, as I didn’t want to go out and get caught short.

My parents start vigorously encouraging me to step outside into the snow-white suburbia and make some new friends. Indeed, it’s outside the front door when I suddenly start feeling as though I am actually immersed in an episode of the TV show. 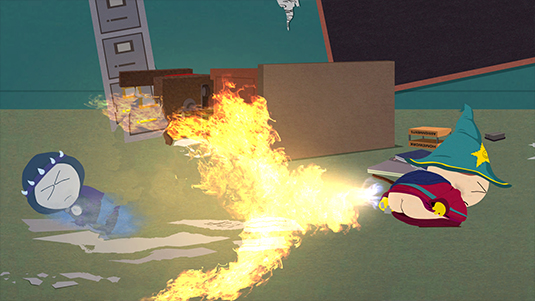 The attention to detail creates a South Park world authentically realised. All the buildings are recognisable as I trot past houses, The Town Hall, shops and The School. I can explore them from the get-go, looting them of any available spare change and junk, while being sure to leave something lingering – just call me Fartmaster. 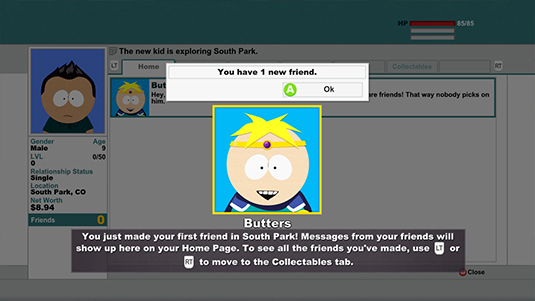 Accessing the menu that shows my stats and skills is the only thing that breaks the feeling that I am directly inside an episode of South Park. Magic, wealth, health levels and relationship status are all displayed in a Facebook clone interface.

In my Friends list and news feed I can check Jesus’ whiny status updates, once I have added him after completing his quest chain. My friends react to each other’s feeds, often with hilarious interchanges, and I felt it was a shame I couldn’t get in on the action. The more friends I have, the more perks I unlock. Er, just like real life then. 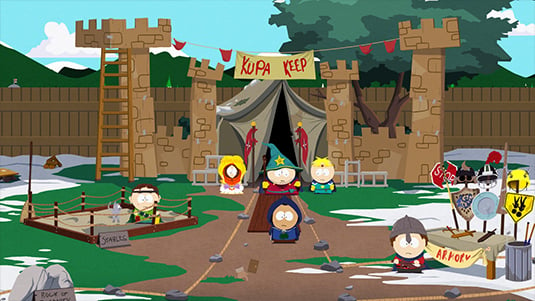 The Kupa Keep base of Cartman and co.

After falling foul of some drow elves – their leader Kyle comes across all Drizzt Do’Urden later on – I am taken to Kupa Keep, the base of the KKK and backyard of Cartman and his human army, into which I have been recruited. It’s here that I choose my class.