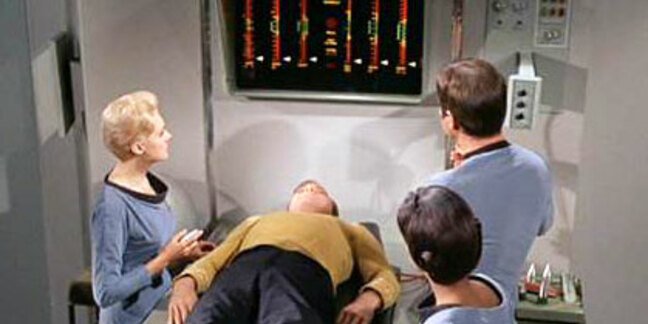 Apple has released its first major update for iOS 7 — version 7.1, natch — which brings "improvements and bug fixes" to iDevices, including better Touch ID fingerprint recognition, the option to further reduce the on-screen animations that sickened some users, and a boost to performance on the iPhone 4.

The update, available from Monday, includes support for CarPlay – previously more-prosaically named "iOS in the Car" – which Apple announced at last year's Worldwide Developers Conference, and which Cook & Co. said last week would first appear in vehicles from Ferrari, Mercedes-Benz, and Volvo, with Nissan, BMW, Ford, Jaguar, Land Rover, and others following on.

Siri also comes in for a few tweaks, including allowing you to simply release the home button to put her to work after mumbling your request rather than, as before, waiting until she recognized that you had finished speaking — a tweak that should be a boon in noisy environments.

Siri also has added what Apple describes as "new, more natural sounding" voices, both male and female, in Mandarin Chinese, UK and Australian English, and Japanese.

In a classic case of fixing a bug that no reasonable programmer ever thought would appear in the first place, iOS 7.1 "fixes display of Mail unread badges for numbers greater than 10,000." The Reg respectfully suggests that should a user have over 10,000 unread messages on their iPhone or iPad, the bug is not to be charged to iOS, but to the fanboi.

Complementing the additional Settings > General > Accessibility > Reduce Motion debarfification assistance noted above – which, by the way, was first tweaked in iOS 7.0.3 – the Accessibility > Bold Text option now also emboldens the touch keyboard, likely in response to those users who complained that many of the fonts used in iOS 7 were a bit on the spidery side.

Standard keyboard, left; emboldened keyboard, right — no biggie, but undoubtedly helpful for some

Other new Accessibility options include the ability to place more-obvious buttons behind tappable text, darken app colors, and turn down the blinding white background of some iOS apps, another complaint that was heard when iOS 7 debuted last September.

As is usual with Apple's operating system updates for both Macs and iDevices, the listing of features helpfully points you to the "Apple security updates" page, but no information appears on that page at the time of the update's release.

If you want security-upgrade details, you'll need to wait. Sometimes for only a couple of hours, sometimes for a day or so. ®