The browser's resized future in a fragmented www world

The safe option in a native jungle

The medium of the browser was validated when Microsoft got involved in 1995. Fighting fit startup Microsoft saw the web as threat to the desktop PC hegemony it was rolling out and responded with its own browser, Internet Explorer (IE) in 1995. IE was for Windows and Windows only, and used proprietary APIs and Microsoft code. It set a pattern for IE.

This was the browser wars – wars of market share and annihilation. Microsoft decided to snuff out Netscape by giving away IE for free and making it a condition for PC makers to get Windows and only take IE.

This combined with the fact Netscape couldn’t figure out how to actually make money saw Netscape bought by AOL and eventually shut down in 2003. By 2003, IE had a whooping 96 per cent market share and seemed unassailable.

While Microsoft essentially killed Netscape, it did normalise the web: Microsoft’s presence in mainstream desktop computing also established the concept of the browser.

However, just as Microsoft helped normalize the concept of the browser it also bred a wave of innovation that helped take the browser to new heights.

Innovation came in spite of, not because of Microsoft’s victory.

With Netscape gone, Microsoft decided there was no more to do on browser but others disagreed and that led to Mozilla's Firefox, which was based on the old Netscape code, and later the introduction of Google's Chrome and use of WebKit by Apple.

Speed, rendering, tabbed browsing, security and write-once-run-anywhere had been introduced or improved while software was optimised to talk to the hardware – with processing moved off of the CPU to GPU.

Today, video can often be played without proprietary and buggy plugins like Flash.

Gone are the days when the browser was a platform the vendor controlled – a vendor which forced you to trade certain freedoms to simply view or consume the web.

But the future of the browser also now seems less certain and some – including Berners-Lee – talk of the death of the web.

Bugger the browser, there's an app for that 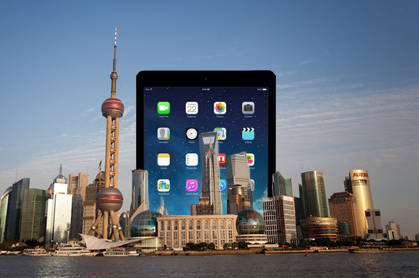 The culprit is the mobile device – both smartphone and tablet – which has given us a new way to go online. The new window for browsing is the native app, which is killing the generic website and the generic website viewer. If you wish to experience the web now, you'll need a special app build for purpose.

I'd be insulting your intelligence if I talked here of the barn-storming commercial success of the smartphone and tablet. Slumping PC sales and surging sales of tablets and smartphones are more than well documented. Christmas 2013 simply continued a trend that is expected to last for another three years of continued growth in tablet and smartphone sales.

Mobile is overtaking the PC as the number one way to go online. Analyst eMarketer estimates 73.4 per cent of internet users in 2013 accessed the web from a mobile device – with the number expected to hit 90.1 per cent in 2017.

What's more intriguing is how this started: that was Steve Jobs' fault. Jobs released a phone whose hardware his company controlled and which was only able to run apps from an online store also controlled by Apple. Generic apps capable of executing on a PC or somebody else's phone or tablet were banned. No Adobe Flash, running on 90 per cent of web-connected PCs and running most of the internet's media and advertising content, for example.

It could never work! It did work. Seven years after the first iPhone was sold, one million apps reside in Apple's store. Microsoft and Google liked it so much, they followed suit, with their own handset plans and their own app stores.