You'll never guess what happened next

Newspapers and blogs are quite rightly back-slapping Brit inventor Tim Berners-Lee today – the man who brought the world wide web to the, er, world 25 years ago today.

It's a pity, then, that mainstream publications continue to stumble over the concept by lazily and wrongly saying that Berners-Lee birthed the internet.

Sub-editors across the land are scrambling to correct copy that was carelessly slapped online with headlines stupidly claiming that TBL was the god-like creature who came up with the network of networks idea.

But The Register couldn't resist capturing a few fine examples of headline fails.

First up, the Independent, which naively switches between the web and the internet and even more confusingly carries a photo of digi darling Martha Lane Fox: 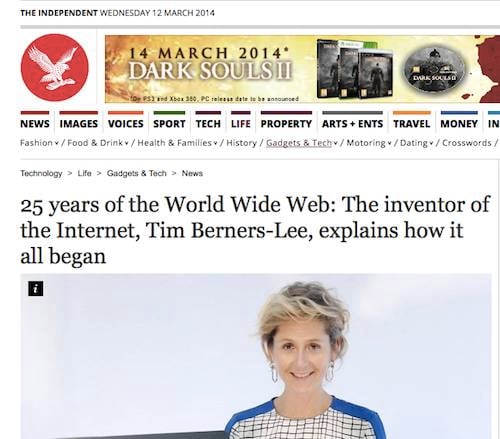 But the liberal newspaper was not the only paper to screw this one up. Its right-wing foe the Daily Mail also dropped a sizable clanger this morning. We know this courtesy of Google News:

And via the article's original URL, though sadly we were unable to scoop up the original story from Google's cache: 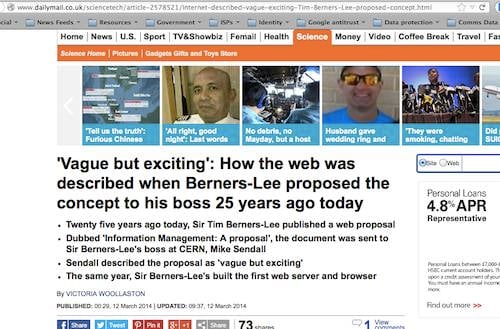 Next we cross the Irish Sea for another Berners-Lee blunder. We learn from the Irish Examiner that the internet is actually roughly the same age as wizard actor Daniel Radcliffe: 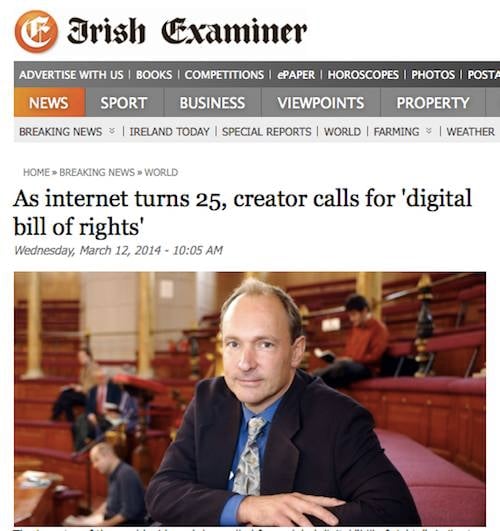 Telly news channels are also struggling to spot that there is a difference between the internet and the web. ITV gives us this blinder:

And finally, if in doubt, one can always rely on the Huffington Post, which does a good job of hedging its bets in this headline by not revealing the event that's specifically being celebrated, only to let itself down very poorly in the intro to this sorry tale: 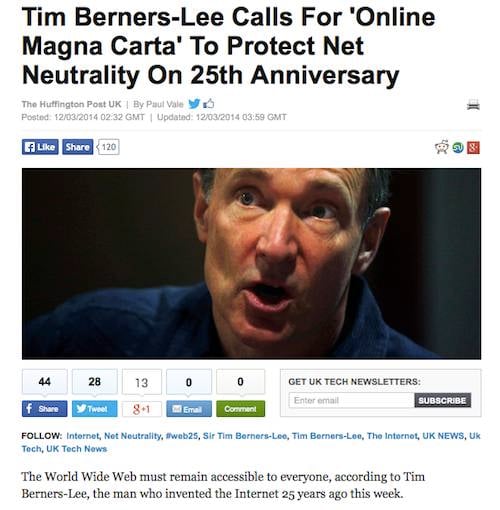 Happy Birthday, Interwebulator. We salute you. ®