A 19-year-old student was crowned the UK Cyber Security Champion after beating all comers over the course of a year-long competition that tested computer defence skills.

Will Shackleton, a University of Cambridge student who develops mobile apps in his spare time, beat over 3,000 entrants and 41 fellow finalists to win the prestigious title.

The entrants were selected during 12 months of online and face-to-face cyber battles to uncover the cream of UK's untapped amateur cybersecurity talent.

Shackleton, who recently secured a summer internship at Facebook, was the youngest of the 42 finalists who took part in the Cyber Security Challenge Masterclass last weekend.

Contestants were asked to defend Blighty from simulated cyber attack on national infrastructure affecting banks, transport and power grids during a two-day exercise held in the Churchill War Rooms in London. The scenario was put together by experts from BT, GCHQ, the National Crime Agency, Juniper Networks and Lockheed Martin.

Initial suggestions of a DDoS attack proved false as finalists uncovered a sophisticated spearfishing ransomware campaign utilising emails that appeared to come from trusted sources but contained links or downloadable files that infected entire networks when opened. The malicious code released by these emails encrypted the contents of those networks before demanding money from the victims in exchange for their recovery.

After spreading beyond the City to affect the transport, power and utilities sectors, the scenario "culminated in a potentially life threatening attack on a nuclear power plant which thankfully competitors managed to avert".

The 2013 Cyber Security Champion was content to continue his career as a lab team manager at a major pharmaceutical company while the 2014 top dog is more open to the idea of parlaying his skills into a job in cyber security.

“I’m convinced security is an area I want to pursue and I can’t wait to take what I have learnt from the Challenge into my university studies and summer internship, and eventually into a job where I can do this stuff for real,” Shackleton said in a statement that expressed his surprise at coming out on top. “It’s a big surprise and a huge honour. I never considered a career in cyber security before taking part in the Challenge but playing their competitions and meeting the industry leaders has shown me there are exciting jobs which need filling.” 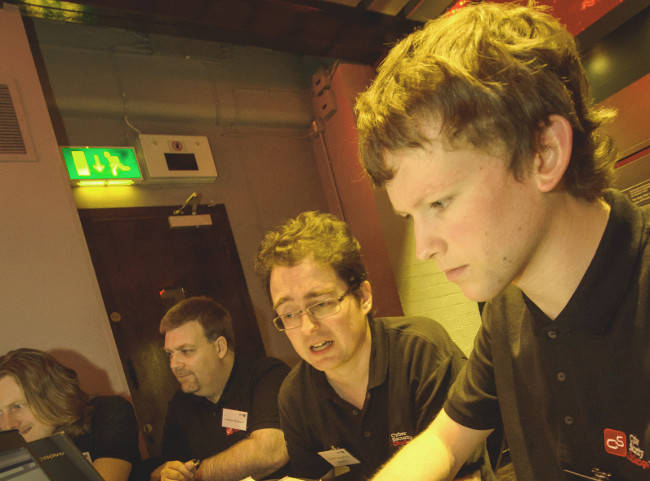 Shackleton's reward includes a choice of career-enhancing prizes taken from a selection of industry training, university courses, and access to strategic industry events.

Stephanie Daman, chief exec of Cyber Security Challenge UK, praised the quality of the finalists: “What is most impressive it that none of these finalists are cyber professionals already, the majority of them are self-taught. It’s a real demonstration that the hidden talent is there to be discovered in every corner of the UK – we just need to find it.”

Registration has already opened for anyone keen to test their skills and get a taste of a career in cyber security as part of the 2014/15 season of the challenge.

Cyber Security Challenge UK runs a series of national competitions ultimately aimed at attracting talented people into the profession, as well as providing information about cyber security careers and learning opportunities. The scheme has been supported by government departments, IT firms, universities and trade groups since it began in 2010. However not all the corporates who have been involved with the scheme are impressed with the results.

KPMG said it was cutting back on its sponsorship of the UK government-backed Cyber Security Challenge back in January after concluding the puzzle-based focus of the competition is failing to attract the right kind of potential recruit into the infosec profession. It decided it wanted to work more closely with universities instead as a better way to recruit "very bright people that we can train" rather than "hacker-wannabes" it implied were turned out by the challenge.

In response to this criticism, Cyber Security Challenge UK boss Daman issued a defence of the programme, pointing out that it was "not a recruitment agency". ®

Stop sniggering at the back! Today's lesson: Actually getting Teams working – aye, Scotland?

Column The Department for Education needs to learn its lesson too

Perhaps if you didn't price it higher than the market cap of the entire Group, you'd have sold it before now

The price is right? Capita confirms Education Software back in talks with new bidder

Price believed to be £100m lower than initial estimates