The award for 2013 was given to Lamport "for imposing clear, well-defined coherence on the seemingly chaotic behavior of distributed computing systems."

Another way of putting it is: no Lamport, no Google, because his research has been vital in the development of distributed systems that are resilient enough to run at a global scale.

"With the growing shift to ever-larger scale distributed systems and cloud computing, Lamport's work has taken on a significantly increased impact," said Google's veep of research Alfred Spector in a canned quote. "His results have benefited many research communities including those in parallel and high performance computing systems, concurrent algorithms, and software reliability. And, his work has had implications not just in the theoretical community, but also with the engineers and programmers who design and implement many types of systems."

No mention was made by the Turing judges of Lamport's equally important work On Hair Color in France, nor his dedication to being a normal human ("He posed the problem to me over dinner, but we had both had too much wine to think about it right then" – personal comments Lamport made about the genesis of his Distributed Snapshots: Determining Global States of a Distributed System paper), nor his dedication to having fun ("I wrote this paper as an excuse for attending a conference in Paris" – remarks on the genesis of Formal Correctness Proofs for Multiprocess Algorithms). 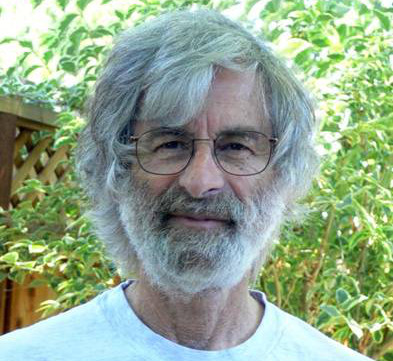 But El Reg's cloud bureau is just going to go ahead and say that the award was for all this, but the Association for Computing Machinery (ACM) chose not to mention it.

Lamport is chiefly known for his work on coordinating distributed systems: he co-wrote required CompSci reading material The Byzantine Generals Problem [PDF] and crafted the Paxos consensus algorithm [PDF] so databases can work in a massively distributed manner.

Along with this, Lamport also helped develop LaTeX, the typesetting software and markup language used widely in the sciences, and TLA+ (Temporal Logic Language) to help boffins write precise specifications (possibly after having had too much wine, we wonder).

"For example, if we need to reason about the sequence of events in a distributed system, we need some way to talk about both ordering and simultaneity; Lamport's happens-before relation characterizes this relationship and is a key component in many popular algorithms for distributed debugging, global snapshots, and messaging (some of which Lamport invented himself).

"The Replicated State Machine approach and variants of the Paxos algorithm are used in a surprisingly large number of large-scale, real-world distributed systems. Lamport's contributions are key to understanding how many real-world technologies such as many-core processors and large-scale internet services are designed and operated today."

Lamport, 73, was born in New York City and studied at MIT for his undergraduate degree, and then Brandeis University for his masters and PhD. He has worked for Mitre Corporation, Massachusetts Computer Associates, SRI International, Digital Equipment Corporation and, to this day, Microsoft Research. ®