Oxfam, you're full of FAIL. Leave economics to sensible bods

Five families own more than 20% of the UK do? Rubbish

Then we come to the downtrodden poor

Given what we classify as wealth, the poor have no assets at all. Property, financial assets (stocks, bonds etc), private sector pension plans, these are all pretty obviously wealth. 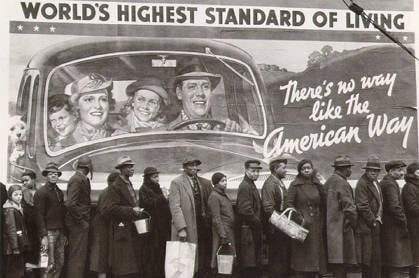 But then the state pension is also wealth: it's a promise of a future stream of income. That is indeed wealth just as much as a share certificate or private pension is. But we don't count that state pension as wealth in these sorts of calculations.

The right to live in a council house at a subsidised rent of the rest of your life is wealth, but that's not counted either. Hell, the fact that we live in a country with a welfare system is a form of wealth - but we still don't count that.

Doing this has been called (not by me, originally anyway) committing Worstall's Fallacy. Failing to take account of the things we already do to correct a problem in arguing that more must be done to correct said problem. We already redistribute wealth by taxing the rich to provide pensions, housing, free education (only until 18 these days) and so on to people who could not otherwise afford them. But when bemoaning the amount of inequality that clearly cries out for more redistribution, we fail to note how much we're already doing.

So Oxfam are improperly accounting for wealth and they've also missed the point that, given the existence of possible negative wealth, then of course one person or another in the UK will have more wealth than the entire lowest swathe.

And then they manage one more error:

The IMF also made the case that redistribution efforts – including progressive taxation and spending on health and education – are pro-growth.

Well, no. The IMF made the case that excessive redistribution efforts reduce growth, while moderate ones seem to be pro-growth. The important words here being excessive and moderate. The study looked at the 60 or more countries that have good enough records to be able to check the thesis and they found that the top quarter of redistributors were doing the “excessive” kind. You'll not be all that surprised to find that these are mostly Western European states that do that social democracy thing. Yes, even us here in the UK.

Next page: Sweden is a hotbed of inequality
Page: