Analysis Google Glass wearers, or Explorers as Google likes to call them, have been getting some bad press of late, and the company has been moved to defend the headsets against the rise of rumor and speculation.

"Mr. Rogers was a Navy SEAL. A tooth placed in soda will dissolve in 24 hours. Gators roam the sewers of big cities and Walt Disney is cryogenically frozen. These are just some of the most common and – let's admit it – awesome urban myths out there," the team behind the wearable computer goggles said on its Google+ page today.

"In its relatively short existence, Glass has seen some myths develop around it. While we're flattered by the attention, we thought it might make sense to tackle them, just to clear the air. And besides, everyone loves a good list."

This isn't the first time Google has used this debunking tactic. Five years ago it published a similar myth-busting list for YouTube, pointing out (correctly) that the service wasn't limited to short, low-quality content that advertisers were afraid of.

You can read Google's full Glass myth list here, and we've gone through it to check facts from urban myths on both sides of the equation.

Myth 1: Glass is the ultimate distraction from the real world

A bit of a straw man – we've never seen Glass described this way, but Google makes a reasonable point.

Google says Glass is simply a tool for viewing or capturing small bursts of information as you need it, and isn't designed to be a platform for constant viewing, just as you don’t check out your holiday snaps on the camera screen, but on a laptop or tablet.

With its tiny viewing screen and limited capabilities, Glass isn’t going to be as distracting as a phablet screen, TV or computer game, or even a really good book.

Myth 2: Glass is always on and recording everything

Glass can only record video for 45 minutes before depleting the battery, Google says, and is designed to take 10 second bursts of video to record those special moments, although a tweak using the software development kit can change that.

What Google doesn’t mention is that audio recording will take a lot less battery power and Glass could be very useful for recording meetings, and possibly settling arguments later on with conversations recorded on the fly.

The caveat to all that is Glass is also designed to display a light when recording, so the subject knows what's going on, so if you are worried about being recorded keep an eye out for that. Even if a developer does turn off the recording light, they'll still have to activate a recording by voice or touch command.

Google says Glass users include "parents, firefighters, zookeepers, brewmasters, film students, reporters, and doctors." This is, no doubt, true. But you've got to be a little bit of a geek to want to hang a computer off your ears. 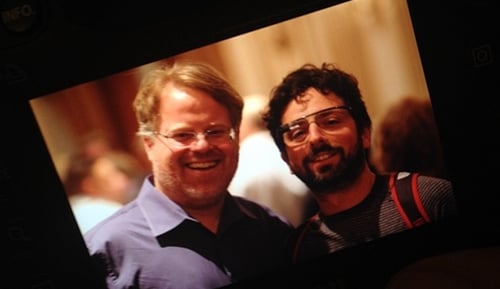 Google has about 10,000 Glass headsets are out there, either purchased, won in competitions, or given away by the company as it tests out vertical markets and seeks publicity opportunities. But the majority of users are US-based technology developers, workers, or enthusiasts who want access to the internet anytime, anyplace, anywhere, any eyeball.

There's nothing wrong with being a geek, anyway – geeks make markets happen. Geeks have been the early adopters that help products cross the chasm into market acceptance for as long as there has been a technology industry. It's barely a couple of decades since using the internet was thought of as a thing only geeks did.

Google makes the very good point that this first generation of Glass is a prototype, the equivalent of a 1980s-era mobile phone. The company says the device has had three hardware upgrades and nine major OS updates so far and that there will be more to come.

New hardware is never pretty and usually not small. The first commercial magnetic hard drive, IBM's Model 350 disk storage system, could save a whopping 5MB of data on a unit that weighed a little under a ton. The first mobile phone was a barely usable brick with a battery life measured in minutes. 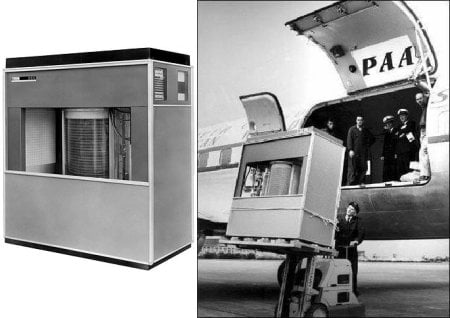 Try getting that on one of Amazon's drones

Glass isn’t remotely close to a commercial system, it's a test-bed prototype that has the basics in place. It's in about the same place as the Apple Newton was to the original Palm Pilot, and if/when Glass is sold to the public it will be a lot more polished.

Myth 5: Glass does facial recognition (and other dodgy things)

It looks likely that Google might be making the MyGlass apps store resemble Apple's business model rather than Android's. Google will still be committed to open access as far as we're aware, but it's being much more rigorous checking what software is available.

That wouldn't stop a smart developer from trying to write a facial recognition app. But even with the limited processor in the headset working in conjunction with a linked smartphone and the greater cloud, you're not going to get Glass capable of the kind of real-time facial recognition portrayed on popular TV shows.