Review Google’s Chromecast has finally gone on sale in the UK after an age of waiting following its initial US release in July last year. This digital media player in the form of an HDMI dongle delivers streaming content to a telly including support for the BBC’s iPlayer. It’s only 30 quid too – so you might as well buy one even if it turns out to be crap. 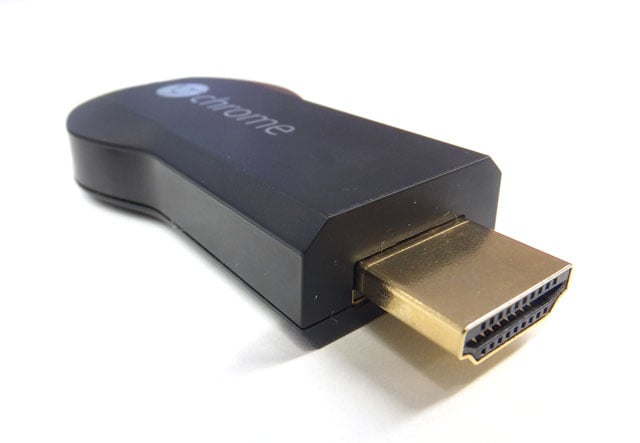 Well that’s kind of what happened to get a review sample in a timely fashion – with Amazon delivering the next day as promised. UK buyers can also find it at PC World and Currys for the time being.

The Yanks have had plenty of time to get used to the idea of Chromecast and while streaming sticks and boxes are hardly unique, Google’s approach is rather different for computer use, as it relies on the Chrome browser being installed where individual tabs can be Cast to the Chromecast device. 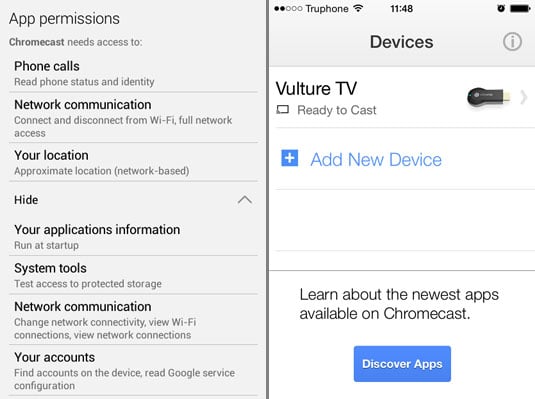 A cynic might argue that Chromecast is yet another way of broadening the user base of the Chocolate Factory’s surfing software. Perhaps, but there are iOS and Android Chromecast apps that locate and set up the device, as well as enabling other apps to cast to the diminutive Google hardware poking out of your telly.

So Chrome browsing aside, on a mobile platform it's all down to the apps on your device to determine what ends up on the screen via the Chromecast. And, of course, not all apps are going to be Chromecast-savvy. However, there is the handy Cast Store on Google Play that lists compatible Android apps, but whether this is all of them is anybody’s guess. 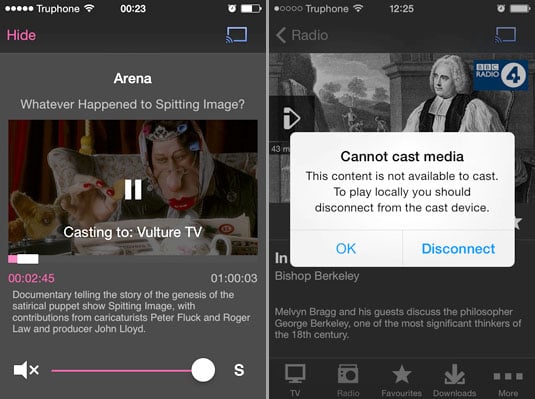 Out of the box, the options are somewhat underwhelming, with just nine apps appearing on the website for this part of the world. BBC's iPlayer, Netflix and YouTube get top billing. With Netflix offering a free month and then £6 a month thereafter, you might find yourself running up quite a bill as Google Play Music invites you to sign up for a tenner a month for its All Access service.

If you prefer a PAYG approach, then Google Play Movies and TV is one of the options here. I can’t say Red Bull TV has ever crossed my radar as a must-watch content provider, but this energy drink sports sponsor has plenty of athletic action and daredevil stunts to view along with a somewhat incongruous episode A Film About Making Music. Exciting, huh? 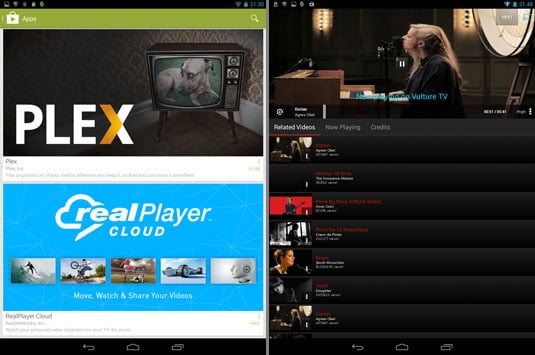 For those more keen on films that are about performing music, Vevo has an excellent showcase, but you’ll have to sit through lengthy ads to get to some of it. The remaining two apps, Plex and RealPlayer Cloud, focus on enabling your own content to be played out across multiple devices and with Chromecast functionality that means a big telly too.

In use, the Chromecast dongle slots into the HDMI port and yet takes power through its micro USB socket from any available USB port on the telly. If there isn’t one, then a decent length cable is provided along with a PSU. As the telly may well prove an obstacle to the dongle’s 2.4GHz Wi-Fi reception, there’s a short HDMI extender included too, so it can be situated outside of the TV panel. 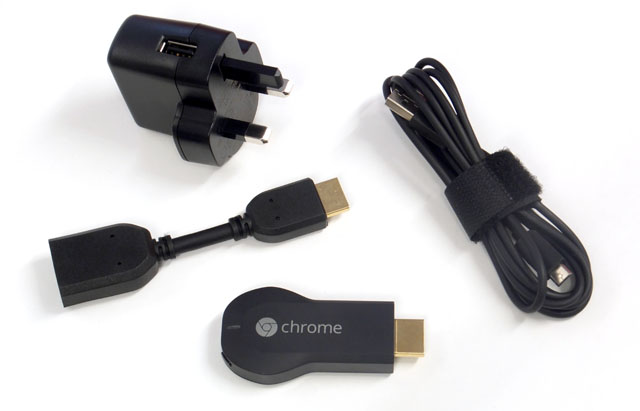 Turning on the TV, the Chromecast dongle was already showing. After installing the Google Cast extension in the Chrome browser you’re then ready to go through the motions of setting up the country, Wi-Fi network and rename the device too. You also get video options of Standard (480p), High 720p and Extreme (720p high bit rate). Unless you’ve a very robust signal or intend to show stills, stick with the default lower bit rate 720p.