IBM PCjr STRIPPED BARE: We tear down the machine Big Blue would rather you forgot

Perhaps the biggest issue with the PCjr, and its most notorious feature over the years, was its keyboard. It's said that in making a dedicated "home" computer model, Big Blue wanted something which could be more rugged and easier to clean than a conventional keyboard. What they produced, however, was this abomination: 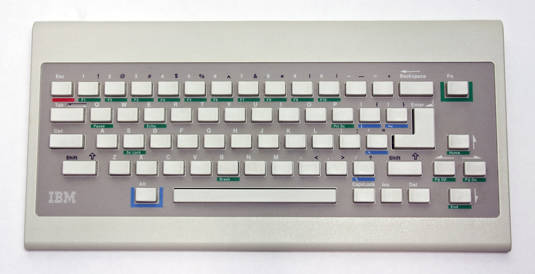 Just taking the keyboard out of the box and laying eyes on the thing made the wrists of everyone in the office suddenly start to ache. The infamous PCjr chiclet keyboard, in all of its splendor, is an intense exercise in what runs counter to every notion of comfort, convenience, and ergonomics.

Not surprisingly, IBM soon decided to kill off the chiclets and switch over to something resembling a normal PC keyboard. 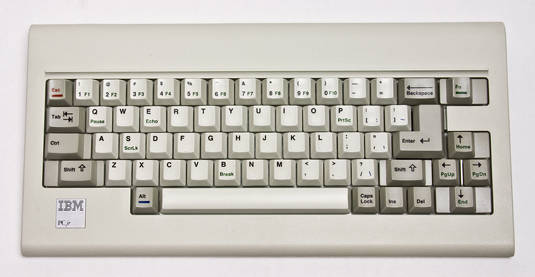 After six months with chiclets, this must have felt like typing on God's personal keypad (click to enlarge)

The company was lauded for the speed with which it handled the switch-over to the new keyboard for PCjr. But a quick peek under the hood of the unit shows why:

This is the inside of the chiclet keyboard; 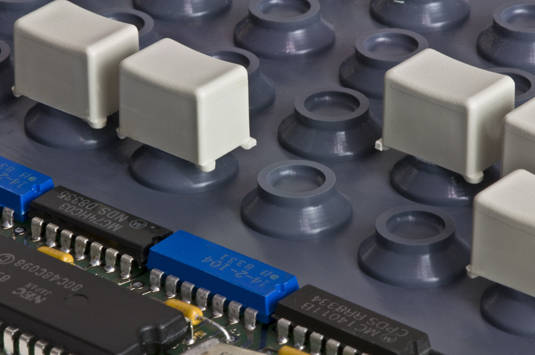 Notice the layout and placement of the plungers (click to enlarge)

And this is the top of the case for the PC-like keyboard, flipped over and viewed from beneath: 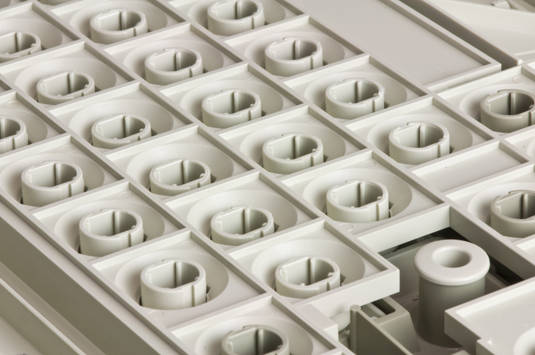 Almost identical hardware below, different keyboard face and cover above (click to enlarge)

Aside from the keypad keys 'n' cover, the hardware for the two keyboards is identical. Simply switch out the chiclets and their keyboard cover for the improved PC-like cover and you've got the new keyboard. 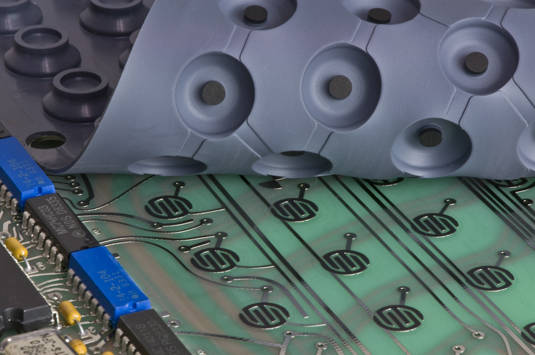 But that's not to say the PCjr isn't without its strong points. First of all, despite being nearly 30 years old, our model is still able to boot and run just fine. Not every system fares so well through the years; our Osborne I system is sadly unable to muster so much as a boot screen.

The cordless keyboards operate flawlessly and the monitor itself is of surprisingly good quality. A close-up of The PCjr Color Display reveals a CRT monitor with an aperture grille screen which provided a better picture than the wide mask-pitch shadow mask displays of the day. 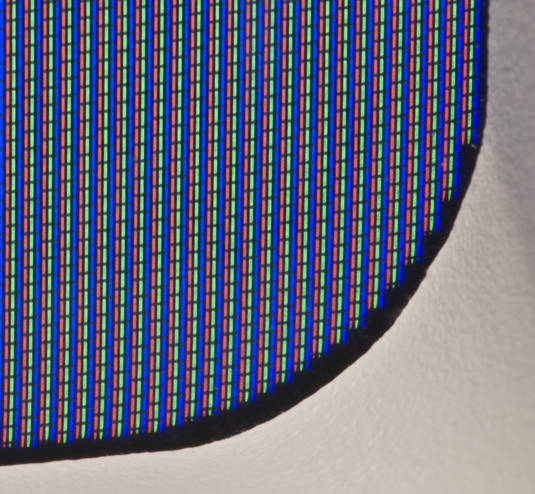 That's some high quality RGB, right there (click to enlarge)

We weren't able to convince our teardown tech to dig any further into the monitor – he had the crazy notion that cracking open a three-decade-old CRT display with death-dealing capacitors was somehow unsafe, especially seeing as how he had fired it up an hour or so earlier. However, the fact that ours still displays images clear as the day it was released shows that for all its faults, the PCjr was well-assembled.

It would be easy to get nostalgic and take it easy on the PCjr, but the fact remains that it was a marketplace disaster. That said, ours still runs, and for all the groans and eye-rolling the name "PCjr" generates with a certain generation of users, it also evokes great memories of a time when using a personal computer required more than unpacking a box and flipping a switch – the IBM PCjr Technical Reference, for example, recommends that you bone up on the IBM PCjr BASIC Reference Manual.

So happy 30th birthday, PCjr. While you may have beeen an abject failure, at least we're still talking about you. That has to count for something.

All photography by Rik Myslewski