For an E-round. You might as well go busking with a trumpet

Is this thin investment provisioning in action? Object storage startup Amplidata has had $11m chucked at it to grow the business – a relatively trifling amount.

Amplidata develops and sells the AmpliStor object storage product, which is OEMed as Lattus by Quantum. It uses a component of its StorNext multi-tier file virtualisation software and positions it as an alternative to tape.

We’re told Intel Capital led the round with participation from all existing investors, including Endeavor Vision, Hummingbird Ventures, Quantum, and Swisscom Ventures. That makes the average investment from all six less than $2m each. With backers like this, Amplidata could well think it's on a weight-loss diet.

This is the funding history so far: 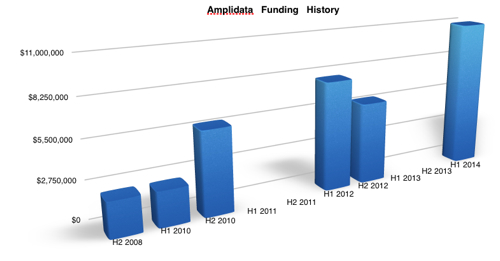 That makes Amplidata's total funding $36m. The latest infusion will be used “to drive the next phase of growth by expanding its sales and marketing initiatives and investments in its research and development team to further advance true cloud-scale storage economics.”