Come on, come on. Stalk the horse 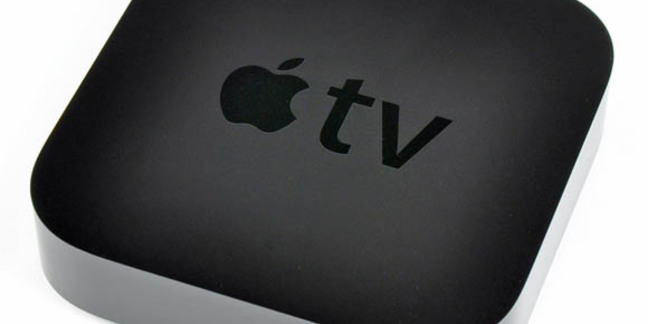 Apple is reportedly in discussions that would see it create “... a streaming-television service that would use an Apple set-top box and get special treatment on Comcast's cables to ensure it bypasses congestion on the Web,” according to The Wall Street Journal.

The report says discussions are “still in early stages and many hurdles remain”, but says Apple's aim is to ensure that content downloads are always swift.

Perhaps more interesting, the Journal's report says Apple and Comcast can't agree on whose login should drive the service.

Apple's enjoyed great success with “over-the-top” content and software services that make it a lot of money but don't offer much nourishment for carriers. Comcast must surely be aware of that state of affairs and is reportedly pushing back against the idea that Apple accounts would drive any jointly-delivered service.

If talks are indeed taking place, it looks a lot like Apple is preparing itself for a near future in which streaming media becomes more popular. The likes of Spotify, Pandora and Rdio are already winning substantial audiences with supported music streaming services. It does not take a visionary to predict video will go the same way. Indeed, in your correspondent’s antipodean eyrie the local Fox outpost just this month introduced a streaming movies service.

The wider question of net neutrality will make this plan even more contentious, especially if Apple is able to negotiate exclusive access to Comcast's network.

Then there's the question of whether Apple would be content to deal with just one carrier, as while Comcast (thanks in part to its merger with Time ) would give it a mighty footprint in the USA it would not reach all homes. Apple's early iPhone deals with AT&T worked with just one carrier, but were possible because the iPhone was so far ahead of its early competitors. It's not immediately obvious what Apple could do with streaming video that would again make it so compelling a carrier would jump through hoops to seal a partnership.

Let's also consider the overseas angle: in Australia the dominant cable provider is owned by Rupert Murdoch. It's hard to imagine The Dirty Digger would be in a rush to help Apple carry away any cash from what is now one of the more bankable bits of his empire.

Perhaps it's best to file this one under “market tester”. “Sources familiar with” stories in prominent financial media are sometimes placed as a way of gauging response from investors, competitors and regulators. After all, we know Apple's spent years considering something televisual. Surely it can wait to get things just right. ®