Brit game devs WILL get tax relief for, er, EastEnders Game and Legend of Slough

If they're chock-full of Blighty culture, you'll get 'relief' – EU 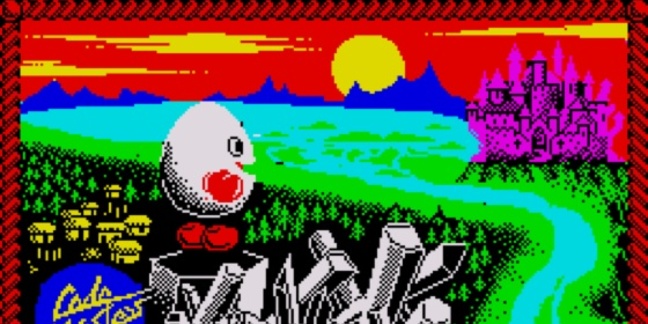 Brussels has given its blessing to a Westminster scheme which will grant generous tax breaks to small video game production firms which pass a controversial "cultural test".

The European Commission launched an enquiry into the government's tax plans last year because it didn't think the booming games industry really needed a helping hand.

Despite observing no "obvious market failure in this dynamic and growing sector", the EC has decided that games firms should be able to recieve the financial perk as long as they produce games of cultural value.

It estimated that about 25 per cent of games made in the UK will be eligible for aid and suggested that without tax breaks, these culturally specific games would not be completed.

Competition chief Joaquín Almunia said: "Our initial doubts have been dispelled. The proposed aid for video games is indeed focusing on a small number of distinctive, culturally British games which have increasing difficulties to find private financing."

The tax plans "promote culture without unduly distorting competition in the Single Market", the EC added.

Chancellor George Osborne first set out his plans during the 2012 budget.

Today, he said: "This is a key industry of the future and I want Britain to be one of its biggest centres.

"This relief is one of the most generous in the world and will help them to grow, creating new jobs for hardworking people."

The tax relief will come into effect from 1 April 2014 and should provide about £35m of support to the sector each year.

Dr Jo Twist, CEO of UK games and interactive entertainment trade body, Ukie, added: "This is amazing news for the UK games and interactive entertainment sector and will help developers of all shapes and sizes to grow and make more games right here in the UK. This is the culmination of an immense amount of hard work and we’re delighted to have played our part in a collective effort to get the tax reliefs in place."

"We now look forward to helping games businesses to access the relief and we’ll be working even harder to make the UK the best place in the world to make games. We’d like to thank UK government for their support."

To qualify for the tax breaks, video games firms must pass a complicated British-ness test.

It must be awarded 16 points by ticking a number of boxes. Producers will get four points if the 75 per cent game is set in the UK or somewhere else in Europe.

They can also get four points if the game is dedicated to the "promotion, development and enhancement of British culture" and one point if certain members of staff can be described as "qualifying persons".

So what games do you think this will lead to? Street Fighter IV: EastEnders Edition? Final Fantasy VVXII: The Legend of Slough? Or perhaps a MMORPG based on the Carry On films? Tell us what you think. ®

Smartwatch owners love their calorie-counting gadgets, but they are verrry expensive

Xiaomi the way to the sale rack, would you?