Microsoft's ALREADY telling of bugs in Fondle-Office for iPad

Microsoft has pointed out that the newly released Office for iPad won't immediately work for users of its SharePoint 2010 collaboration suite.

As explained in two blog posts, one covering Excel documents and the other addressing PowerPoint files, the problem is that SharePoint 2010 “requires a plugin or active X to launch client applications.”

Happily, there's a workaround: if users of the iOS apps “Add a Place within the application that will connect to the SharePoint Document Library” and enter the appropriate details, they should be sweet. 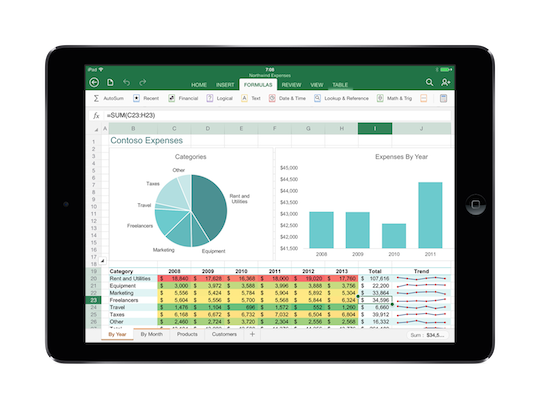 Excel on iPad. Now your accountant can swipe your money in a good way.

That Microsoft has published the details of this workaround on the day Office for iOS launched is surely welcome because it at least shows Redmond has made a comprehensive effort to cover lots of use cases for the new version of Office.

It also shows that Microsoft's installed base may not be entirely ready for Redmond's new “mobile-first, cloud-first” mantra. That's not necessarily a bad thing: the chance to run Office-on-iOS without cumbersome workarounds may represent a better reason to upgrade than other Redmond offerings. ®

Wake me up before you Go, Code

.NET is getting faster but will not be as efficient as C++ or Go. Reason? Legacy code