ESA wants to land a bot on a comet 524 million km from the Sun. Let that sink in

Pic + vid The European Space Agency's Rosetta probe has sent back the first two aligned images of 67P/Churyumov-Gerasimenko, the comet it has been chasing for ten years and nearly 800 million kilometres. 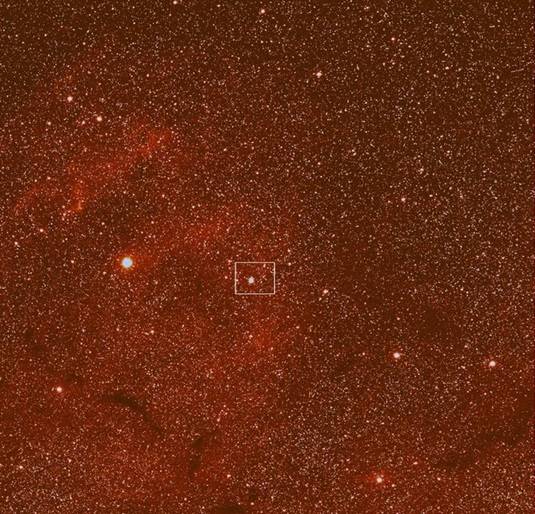 Wide angle, tiny target ... that spec is what the ESA is trying to land on

The Rosetta mission will be the first to go into an orbit around a comet, land an instrument package on the surface, and then follow the cosmic snowball for over a year as it approaches, orbits, and then falls away from the Sun. If successful it will give us the first real understanding of how such bodies change as they travel through encouters with our central star.

The spacecraft is moving at 800 metres a second, and is catching up with the comet: the plucky probe is just five million kilometers away from its quarry and should reach it by May this year. The probe was successfully restarted after a three-year hibernation period in January, and now the control team has used the twin cameras on its Optical, Spectroscopic and Infrared Remote Imaging System to snap the comet falling towards the Sun. 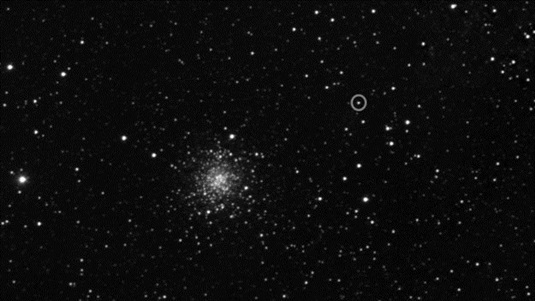 "Finally seeing our target after a 10-year journey through space is an incredible feeling," said OSIRIS Principal Investigator Holger Sierks from the Max Planck Institute for Solar System Research in Germany. "These first images taken from such a huge distance show us that OSIRIS is ready for the upcoming adventure."

The probe's two photographs, one a wide-angle shot and the other narrow, took 37 minutes to cross the gap between Rosetta and Earth, and each took more than an hour to download. They will give the ESA team the guidance it needs for the final maneuvering before it begins its primary mission.

“This is a great start to our instrument commissioning period and we are looking forward to having all 11 instruments plus lander Philae back online and ready for arriving at the comet in just a few month’s time,” said Matt Taylor, ESA’s Rosetta project scientist.

After checking coordinates, the ESA team will start a delicate series of maneuvers, hopefully in May, which will slow the spacecraft down until it is matching the velocity of the comet and orbit around it at a distance of around 100 kilometers.

Once in orbit, and at about 3.5 AU (523m km) from the Sun, the spacecraft will start mapping out the comet's surface with its instruments, looking for a suitable landing site for its Philae lander, carrying ground radar and spectrographic sensors. In November, Philae should detach from the Rosetta spacecraft and sink towards the comet's surface, before firing harpoons into it and locking itself down.

Over the next year and a half the lander will relay data back to Rosetta, and the two experiments will keep scientists on Earth up to date on what happens on 67P/Churyumov-Gerasimenko as it approaches the Sun and starts to melt, before it swings past the star and travels back out into the frigid vastness of space. ®