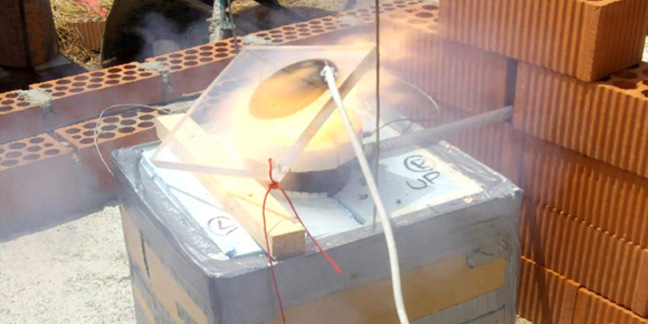 There are only a few days left before our planned "Punch" and "Judy" flights on Saturday 5 April, so a slightly sooty Low Orbit Helium Assisted Navigator (LOHAN) team is pleased to report that we've wrapped the final ground-based rocket motor tests in the Rocketry Experimental High Altitude Barosimulator (REHAB) hypobaric chamber.

The Punch flight is dedicated to finally determining if we can get an ammonium perchlorate composite propellant (APCP) motor to breath fire at altitude. Previous forays into REHAB - where we stuck small motors into our shed-built REHAB chamber - demonstrated that off-the-shelf igniters simply weren't up to the job.

Between them, LOHAN chaps Rob Eastwood and Paul Shackleton have battled to come up with an explosive mix guaranteed to get APCP burning. In September last year, they managed to get a custom brew to go pop at 20,000m, although for safety reasons that flight did not carry a motor.

Since then, the lads have come up with no less than three flavours of igniter, and all that remained was to see how they performed on the ground before the forthcoming fiery finale to the motor ignition saga.

So, last Sunday, Middle England trembled before a fire-breathing LOHAN as we cranked up REHAB for the last time. We're obliged to Rob's parents for allowing us the use of their garden, and for the copious supply of top-quality tea.

Paul was joined by his son Harry, who proved a useful "skivvy" (Paul's rather unkind description of his lad), and is seen here with Rob (left) and his dad. 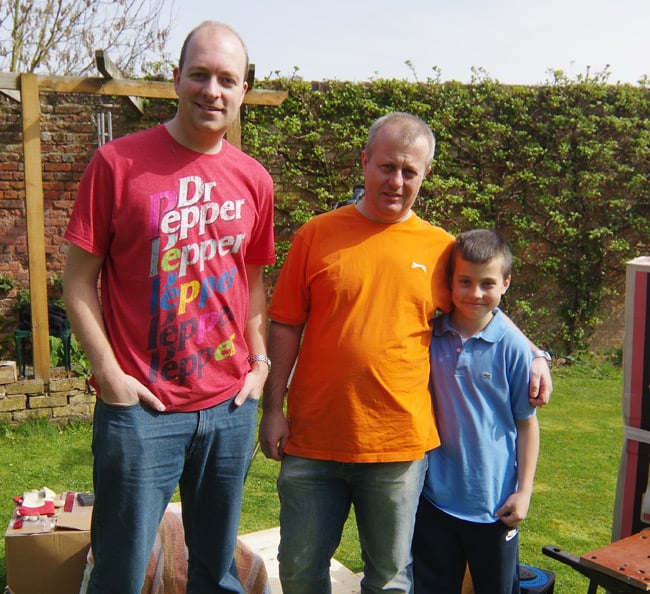 As some LOHAN fans have noted, our previous REHAB experiments have been done at ambient temperature, much higher than those we'll encounter in the stratosphere. 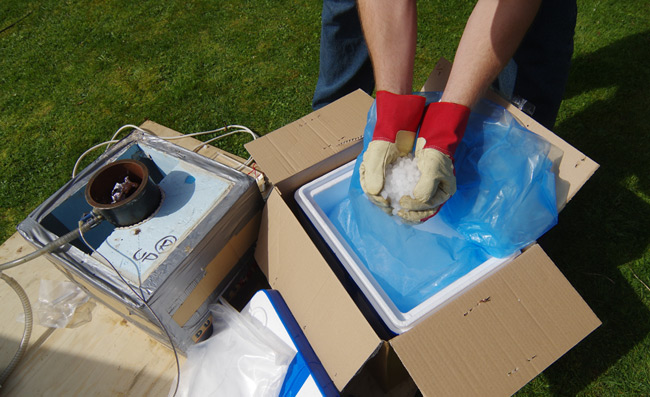 ...and a very chilly REHAB chamber: 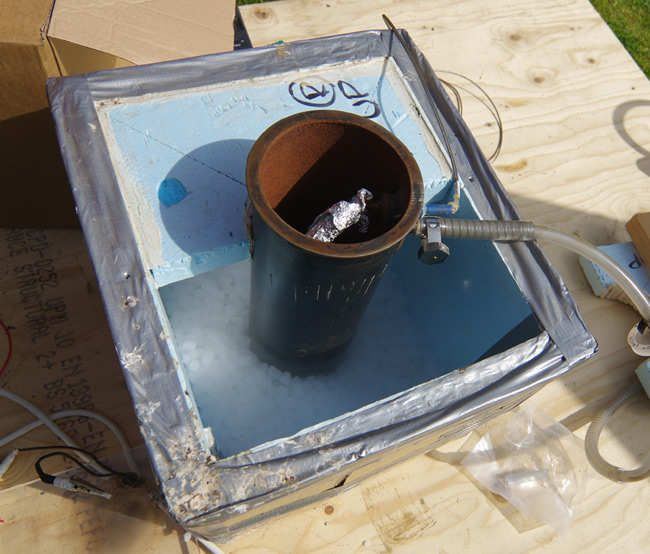 Dry ice sublimates at -78.5°C, so after an hour or so of chamber chilling, the internal temperature had dropped to a level more than brass monkeys enough to simulate an altitude of 20,000m. Then, it was just a matter of sticking some bits inside and firing up the vacuum pump... 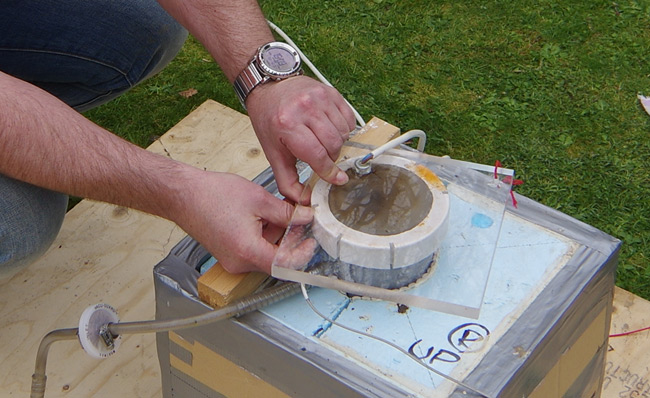 Next page: ...And standing back before pressing the red button:
Page:
Tips and corrections
14 Comments