A call to arms

Does anyone else remember waiting with bated breath for the demo of Metal Gear Solid 2 during the PS2 era?

In those heady pre-online days, the finite ways to get hold of one of the precious discs involved pre-ordering the game, or else buying a copy of the Official PlayStation Mag for its attached demo compilation. 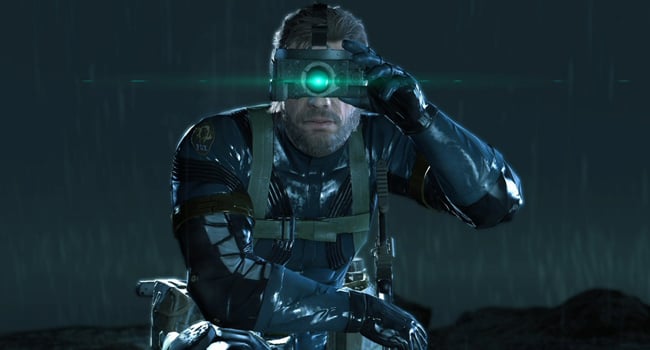 From Snake’s sleek sci-fi bungee entrance, to the drops of rain that drizzled down the screen, the whole thing was perfection. But would I have bought it for £30? Well, that's the question Konami is asking of you now with Ground Zeroes.

Zeroes opens with perhaps the most jaw-dropping in-game engine cutscene I've ever seen, albeit widely distributed on trailers already. We see both a mystery skull-faced bad guy and get a look at the Kiefer Sutherland-voiced Snake; but the real star is the gorgeous new Fox engine.

With the intro leaving the scene suitably set you're free to sneak about as you see fit, and it's here where a few of Snake's new abilities are brought to the fore. He can now drive vehicles, man turrets and pick locks. While close-quarters combat and taking guards by surprise – thereby allowing you to interrogate them – has been intelligently simplified. 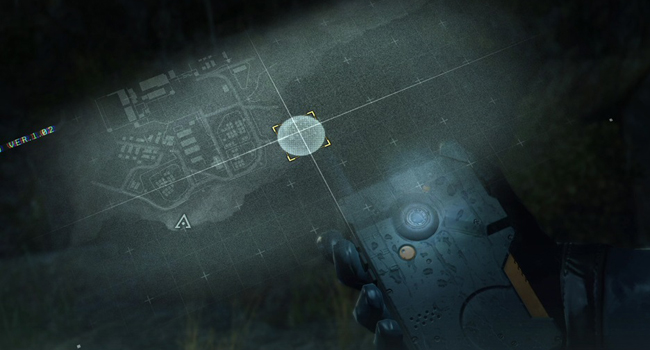 Never wander too far without your iDroid

Snake also comes equipped with his "iDroid" handset – see what they did there? This gadget allows him to view a map, follow his objectives and so on. Then there are his handy binoculars that let him tag enemies from afar, so he can keep tabs from afar.

The general gameplay of Ground Zeroes still owes much to those last, last gen outings I talked about earlier. In part, that's down to the fact that MGS2 was ahead of the curve in many ways; featuring as it did advanced AI, a healthy variation of approaches and a huge roster of gadgets.

Yet for every throwback there is advancement too. Take, for example, the guards that patrol the prison camp that makes for Ground Zeroes sole setting. As in previous games they’ll circuit set routes, checking in over comms as they go. 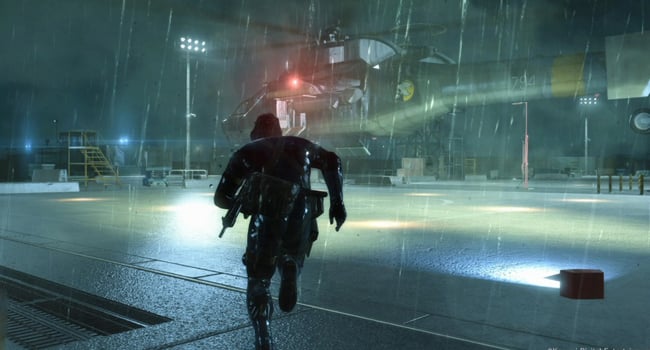 But now, upon seeing a Snake, they really pull out all the stops. They'll report Snake's last position, radio in when they find dead comrades and organise search patterns. The charade has overtones of previous Metal Gears, of course, but here it's taken to the next level.

Excellent too is the way Snake is now given complete control over his rescue mission. Where to go, how to get there and whether to be lethal or non-lethal is all up to you. In that way Ground Zeroes offers a glimpse into a more free form future for Metal Gear that presumably the forthcoming Phantom Pain will fully explore.

Of course, as has been widely publicised, there in lies the controversy. For Ground Zeroes is basically a prologue without any further acts. The sneaking mission takes just 2-3 hours to accomplish – as much as that MGS2 tanker mission demo did all those years ago. 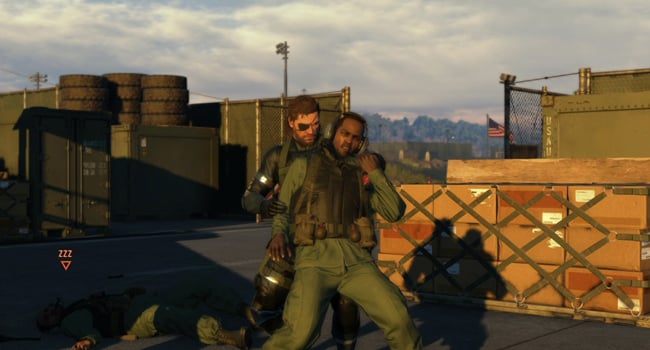 There are reasons to return, not least the unlockable 'Side Ops' missions which have you retracing your steps with different objectives in mind. But, ultimately, you’re looking at 15-20 hours before playing the title to exhaustion.

So, the big question is, is it worth £30 or closer to £20 if you shop around? Well, that depends exactly how interested you are to see how far one of gaming's premiere franchises has evolved. I'm of the opinion that games will gradually morph into less time-sapping iterative experiences anyway, so the whole prologue-only thing doesn't put me off. 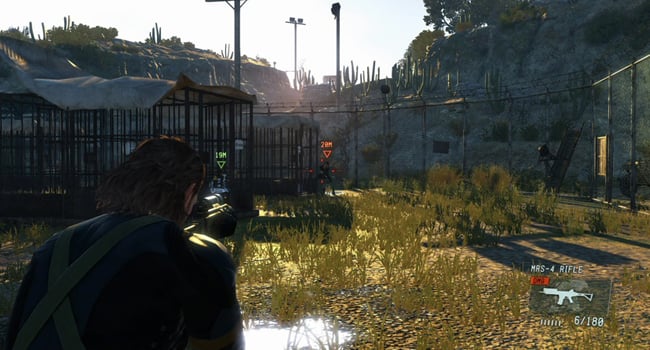 Snake in the grass

That said, it would be more enticing to have a monetary incentive along the lines of "Buy Ground Zeroes, get a tenner off The Phantom Pain". But there’s fat chance of that it seems. Regardless, as long as you go in knowing what to expect, I don't think anyone could have cause for complaint for what is an, admittedly brief, view of something wonderful. ®