Drone 'hacked' to take out triathlete

Next scenario: World-Cup-winning shot at goal blocked by drone 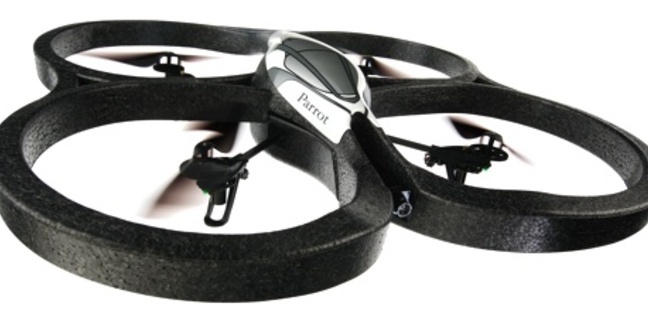 A competitor in an Australian triathlon apparently failed to complete an event over the weekend after being felled by an unmanned aerial vehicle.

Everything Geraldton reports that Raija Ogden was approaching the finish line of the Endure Batavia Triathlon when a “ … remote-controlled copter struck her head and she fell to the ground.” Raija later received three stitches.

The owner of the drone, a local outfit named “New Era Photography and Film”, told the site “it looks as though someone has hacked into our system.” Another local outlet, The Australian Broadcasting Corporation, reports that the drone's owners have concluded that parties unknown “channel-hopped” to take control of the drone.

Reports don't mention whether the drone deprived Ogden of a win or place or if the incident was to the advantage of another athlete, but it is not hard to imagine “hacked” drones being blamed for all manner of sporting reversals. What chance, for example, the potentially World-Cup-winning, goal-bound shot, struck by an England player is mysteriously diverted off-course by a drone appearing where it ought not to?

Leaving aside the preposterous element of this scenario – we're not seriously suggesting England will have a shot to win the World Cup – perhaps it is time for sports administrators to give some serious consideration to airspace management? ®

Is the answer to life, the universe and everything hidden in Adams' newly uncovered archive?

Let's all turn to page 42 to find out. And bring your towel