Get your MOON GEAR: Auction to feature Space Race memorabilia

Keepsakes from early NASA, Soviet programs up for bids 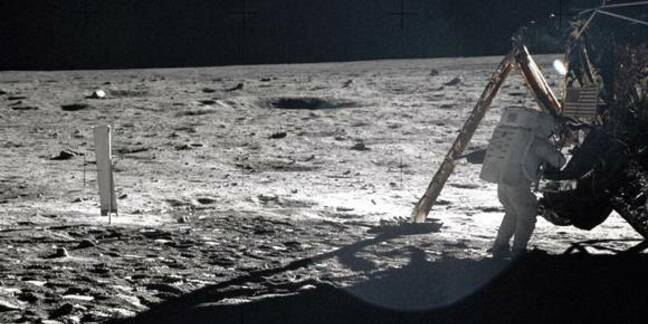 Looking to own a piece of space history? Have a spare $50,000 to spend? You may be in luck, as a US auction house is placing a series of artifacts from the US and Soviet space programs on the block.

Auction house Bonhams is set to offer a collection of items ranging from the early first manned spaceflights to the last Apollo Moon missions in its Space History sale.

Among the items up for auction Tuesday will be memorabilia from the Apollo 11 mission of Neil Armstrong, Buzz Aldrin and Michael Collins, as well as artifacts signed by or used by crews of the Apollo 11-15 missions.

One of the items expected to bring the highest bids is the emblem worn by Collins aboard the Apollo 11 mission and signed by all three members of the crew. At just six inches square, the patch has been appraised at $40,000-60,000. 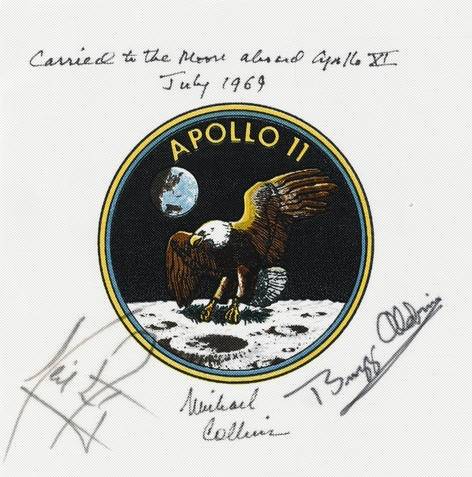 For those looking to get a bit closer to the Moon missions, Bonhams is going to auction off a Moon-dust sprinkled strap from the Apollo 12 lunar module that originally collected by Apollo 12 Mission Commander Pete Conrad.

Additionally, the catalog will include books and memorabilia signed by Russian cosmonauts Yuri Gagarin (the first man in space), Valentina Tereshkova (the first woman in space) and Alexei Leonov (the first person to conduct a spacewalk.)

For those looking to spend a bit less, the auction house will be offering up signed photos of the Mercury astronauts and craft (priced at $200-300) or a pair of prototype trousers for early space shuttle crews ($700-900). ®