IBM's System 360 mainframe, celebrating its 50th anniversary on Monday, was more than a just another computer.

The S/360 changed IBM just as it changed computing and the technology industry.

The digital computers that were to become known as mainframes were already being sold by companies during the 1950s and 1960s - so the S/360 wasn't a first.

Where the S/360 was different was that it introduced a brand-new way of thinking about how computers could and should be built and used.

The S/360 made computing affordable and practical - relatively speaking. We're not talking the personal computer revolution of the 1980s, but it was a step.

The secret was a modern system: a new architecture and design that allowed the manufacturer - IBM - to churn out S/360s at relatively low cost.

This had the more important effect of turning mainframes into a scalable and profitable business for IBM, thereby creating a mass market.

The S/360 democratised computing, taking it out of the hands of government and universities and putting its power in the hands of many ordinary businesses.

The birth of IBM's mainframe was made all the more remarkable given making the machine required not just a new way of thinking but a new way of manufacturing. The S/360 produced a corporate and a mental restructuring of IBM, turning it into the computing giant we have today.

The S/360 also introduced new technologies, such as IBM's Solid Logic Technology (SLT) in 1964 that meant a faster and a much smaller machine than what was coming from the competition of the time. 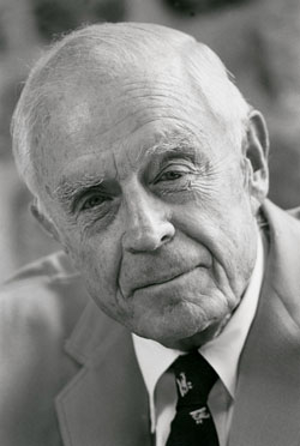 Big Blue introduced new concepts and de facto standards with us now: virtualisation - the toast of cloud computing on the PC and distributed x86 server that succeeded the mainframe - and the 8-bit byte over the 6-bit byte.

The S/360 helped IBM see off a rising tide of competitors such that by the 1970s, rivals were dismissively known as "the BUNCH" or the dwarves. Success was a mixed blessing for IBM, which got in trouble with US regulators for being "too" successful and spent a decade fighting a government anti-trust law suit over the mainframe business.

The legacy of the S/360 is with us today, outside of IBM and the technology sector.

Bankers' delight... unless you're RBS

Banks, insurance companies, retailers and power companies - the great and the familiar from the City mile to the high street run many operations on an IBM mainframe: RBS, Nationwide, EDF, Scottish Power, Sainsbury's, Tesco and John Lewis. There's the Met Office and Land Registry, too.

These transactions include most major credit card and stock market actions and money transfers, manufacturing processes and ERP systems.

If you want a testament to the sustained power of the mainframe then look at RBS. Two years ago, a simple human error on the part of those running RBS's mainframe crippled the company's core business. Sixteen million customers were locked out of their accounts for days, unable to withdraw money or pay in.

These accounts were housed, as they are in many banks, on the mainframe at the banking group's corporate and technology HQ in Edinburgh.

Fifty years after the first S/360 was announced and 30 years after the rise of distributed systems that were supposed to replace them, the mainframe is smaller in market share, but its principles are being embraced once again.

Google and Facebook run tens of thousands of distributed x86 servers but these servers are clustered, use fast networking and virtualisation and are managed centrally to ensure near-continuous uptime of mission-critical tasks.

Searches on Google and status updates on Facebook are the new mission-critical: back in the day a "mission critical" was ERP and payroll.

Further, there has been an uptick in the mainframe business for IBM - more servers and more processing are being bought. Meanwhile, IBM has released new mainframe servers – and not just for the old guard: it's targeting cloud startups.

With so many core business apps sitting on mainframes, mobile computing is making it even more important to what companies are doing.

CIOs now predict they will depend on the mainframe for least another decade, while 89 per cent reckon their mainframes are running new and different workloads to those they ran five years ago, in 2009. Mobile computing is the driver, as companies' customers want to access accounts and information held on those legacy systems.

2009, if you remember, was the year after the first iPhone and Android phones from Apple and Google's partners were released... and just one year before the first iPad was released.

Along with the mainframe's renewed success there have been problems: dependency, as well as a shortage in staffers qualified to run or maintain them.

Compuware tells us of a large number of support calls it receives are from those who simply don't know how to install new software on a mainframe.

The consequences can, and have, been disastrous – as RBS proved.

The same Compuware survey that found CIOs' reckon the mainframe will be critical to their business over the next decade also found that the tech chiefs were fearful.

That resurgence was somewhat surprising for something that was intended as nothing more than a 10-year product roadmap for a company that had seemed to be running out of steam. There was nothing inevitable about the business that grew from the S/360. In fact, Fortune in 1966 called it (PDF) IBM's $5bn gamble - the amount the S/360 finally cost IBM to deliver. 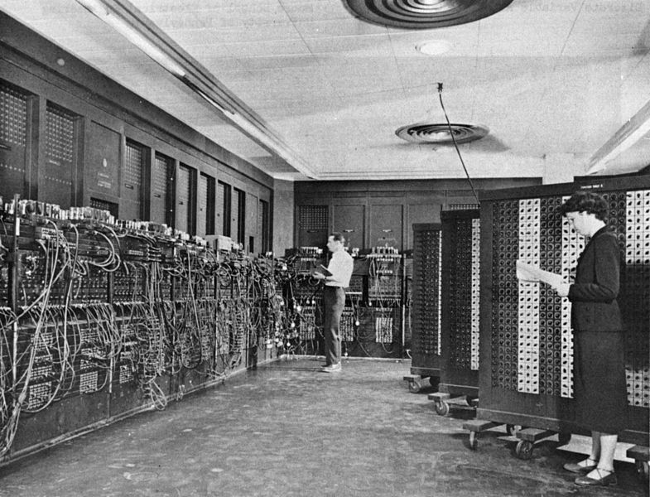 IBM – first incorporated back in 1911 as the Computing Tabulating Recording Company – entered the 20th century making and selling tabulators and punch cards along with a range of lesser business equipment that included meat and cheese slicers.

The 1930s and 1940s saw government, academics and businesses start to build their digital computers to crunch large volumes of data more quickly than could be done using the prevailing model of the time: a human being armed with a calculator.

Big names from the era included ENIAC - the Electronic Numerical Integrator and Computer - used by the US army to calculate missile firing ranges in 1946. ENIAC used 17,468 vacuum tubes for switching and computation, and was capable of 5,000 additions, 357 multiplications and 38 divisions in one second. It was also big - 18,000ft2 and weighing 30 tonnes, it took an all-female team of mathematicians weeks to program ENIAC's system for jobs – and it cost a whopping $500,000 to build.

In the UK we had the Electronic Delay Storage Automatic Calculator (EDSAC), which ran its first programs in 1949. It was a stored-program system with 3,000 valves and magnetic tape backup and storage. EDSAC paved the way to LEO - the Lyons Electronic Office - the world's first business computer. And there were others.

Next page: The business that broke the bank
Page: