Chopping down the phone tree to scrump low-hanging fruit

Opinion When someone tallies up all the good and bad things that the tech mega-explosion of the last 50 years has brought us, there’s one item I expect to see right at the top of the second column: the slow but steady death of customer service.

Anyone transported from, say, the 1970s to the 2020s will find that component of the traditional product life-cycle to be non-existent in any recognisable form, and if technology isn’t actually causing this state of affairs, it’s certainly enabling it.

Providing full-on customer service isn’t cheap, and, being a “cost centre” rather than a “profit centre,” it seems to be the lowest of the low-hanging fruit whenever the time comes to trim corporate budgets. Phone trees and support websites, now the main stand-ins for real service, are usually no more than a high-tech gloss slapped on top of a hollowed-out system designed to avoid helping you. A phone tree may ultimately get you to a support person who is equipped to answer your question, but it may not. In fact nine times out of 10, it’s explicitly meant to keep you from talking to a relatively high-cost and high-maintenance human being.

These days, the first thing you usually hear when calling a support line is a message telling you that “the answers to most questions can be found on our website, www.whatever.com,” a claim that rarely seems to be true (see below), and is usually a simple ploy to get you off the phone.

Actually it’s only the first of several. I personally don’t think I’ve ever found a problem or question of mine addressed in a standard, automated phone menu. This makes sense, since it’s likely that I’d be calling about a unique problem with an un-automatable answer, like “Why has my ATM card suddenly stopped working?” (a problem I had recently) rather than, “What is my balance?” But if after dutifully traversing every branch of the phone tree you realise that your question requires the help of a human service rep, you may not find getting that help to be so easy. 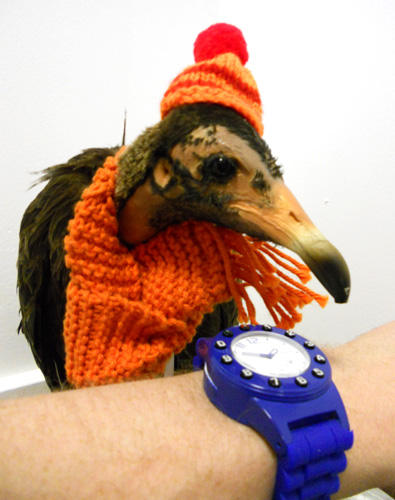 Do I look like I have all day to sit around chatting?

You can't see the forest for the phone trees

Think about this: Certain kind souls have gone to great lengths to publish the “secrets” of how to bypass five minutes of prompts and get through to a person in many companies’ phone trees, for example, “Acme Widget Corp: Press 0 three times, then 6, then 8, then 0 twice.” We’re not talking about an underground identity-theft network here – people are circulating lists of codes for you to get support for products and services that you’ve purchased.

Ten years ago there were a slew of eye-opening accounts from poorly trained reps who’d been instructed to end support calls as quickly as possible, and reprimanded when they didn’t do so. It was a shocking revelation at the time, but today getting even one of these barely helpful consultants on the phone can feel like winning the lottery.

I’ve encountered phone trees that were so badly maintained (and showed such a lack of consideration for their users) that they announced, “All operators are busy—please hold” when in reality everyone had gone home for the day (that’s going to be a *very* long wait), or simply keeled over and gave the message “Our offices are now closed” when the number of calls coming in had exceeded the system’s capacity.

One trick that has occasionally worked for me is selecting “Sales” rather than “Support” to break out of the maze, on the assumption that the company has an incentive to provide personal service to customers looking to buy something. But bizarrely, even this often fails, a lesson in how disinvesting in decent systems can amount to throwing out the baby with the bathwater.

Web support is just as sticky

Support websites provide a different kind of frustration, more state-of-the-art but no less maddening. The fact that only the very simplest questions can be handled with stock cookie-cutter answers applies as much on the web as it does on the phone; clicking links rather than pushing buttons to navigate the tree doesn’t change that.

But websites can give you other options, like sending a message to the support team describing your problem. Just like an email, then – or a letter – but possibly with a maximum number of characters imposed by the text box. If the person eventually reading and replying to your question happens to misunderstand something, that can mean one or more additional rounds of messages, so it’s not inconceivable that this process might take days — not exactly a real-time solution.

A compromise approach that began to appear on support websites a year or two ago is popup chat windows. Given all the above, these were a welcome if small step back toward bona fide support: an actual conversation with an actual person, even if it meant typing your questions rather than speaking them.

For the host companies this had several advantages. Since, unlike phone conversations, online chats are effectively asynchronous, they allow reps to carry on multiple conversations at once, a more efficient use of employee resources than the 1:1 of a phone line. This round-robin system would inevitably lead to regular pauses in each conversation, but in an online chat those pauses are somehow more tolerable than they would be on a phone call.

That tolerance also meant that reps required virtually no domain-specific training, since they could stop typing and refer to their internal knowledge base as often as necessary, something that, again, would probably drive a phone-calling customer to the brink in a matter of minutes.

But apparently even the chat-window system, a far less expensive approach to customer service than the one-rep-per-caller-and-no-phone-tree of decades past, is now seen as too costly by some companies.