Windows XP is finally DEAD, right? Er, not quite. Here's what to do if you're stuck with it

Lock down and look sharp, it's the hackers' game now

Gartner estimates the cost of upgrading a Windows XP machine at between $1,205 and $2,069, for a 10,000-PC environment. That’s money that could be spent on better, more business-enhancing IT projects, in the view of some Reg sources.

Others we spoke to blame a lack of leadership in government circles – for example, the UK's Cabinet Office has been too busy on high-profile digital projects like G-Cloud to pay attention to the looming XP zombie. There’s been no Y2K-style government czar to raise awareness and drive a migration campaign.

But there are deeper tactical issues, too.

The first big problem was the hardware. Be it PCs, kiosks, ATMs or anything else running Windows XP, such hardware probably won’t be able to run Windows 7 – and certainly not Windows 8.

That’s changed the complexity of the problem. Suddenly you need to actually buy new PCs, a process that involves budgets and finance people.

But there’s an even bigger problem than this – and that’s the apps.

Grappling with the applications on Windows XP, either from a project planning or an execution point of view that’s proving to be the killer.

Unlike Windows 98 and Windows 2000, Windows XP had plenty of time to bed down. There was a time when Microsoft would release a new desktop operating system every two to three years, forcing upgrades and application compatibility.

However, Microsoft has screwed that particular pooch twice, first with Windows Vista and now with Windows 8, both of which have been avoided en masse.

That’s given Windows XP more than a decade to become the standard in off-the-shelf machines and in custom applications such as ATMs. More than a decade’s worth of “business critical” apps have been built to run on Windows XP – SAP, payroll, manufacturing or CAD – not to mention billions of macros and plug-ins for Office 2003. Some are hardwired into Internet Explorer 7, too, which won’t work on Windows 7 or 8.

The browser-tie in has been the biggest thorn – a reason IE 7 is still counted in browser-market share stats.

The options have been to re-write apps – costly and time consuming – or use a work around. Some have taken the latter route, using a piece of software from Browsium called Ion that lets IE-7 dependent apps run on new versions of the browser. Customers include HMRC, who are moving more than 85,000 PCs off Windows XP.

For non-browser apps, the problem has become a matter of application management and IT strategy. 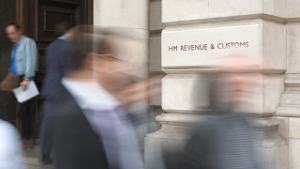 That means finding out what applications you have, whether they are still used or needed, chopping and consolidating, moving the rest or buying a new version. It’s not as easy at it sounds.

In more than 10 years, organisations have built their own apps, inherited or lost apps through mergers, or apps have lost users through downsizing. Meanwhile, the number of apps inside organisations will have mushroomed.

A source at one large systems integrator who wished to remain anonymous told The Reg that he’s worked with one client who’s consolidated 1,500 apps down to 500.

“A lot of organisations have been trying to reduce their number of apps,” he said.

In many cases, 80 per cent of staff will be using just 20 per cent of apps – things like Office, IE, Adobe’s Flash or some form of SAP. However, finding that lost 20 per cent, so that it doesn’t come back to bite you down the line – there lies the rub.

Managing this is a problem at any scale. 1E reckoned it knows of one company with 2,500 systems that’s been migrating for two years and is still not finished.

On the other end of the scale, 1E has been working with a 70,000-seat organization that managed its move in just three months. 1E reckons on six to 12 months for an average migration of 80,000 seats.

Illustrating the problem is the Home Office. The Reg understands the department, which has 10,000 users, has only just started a Windows 7 pilot, looking at delivering Windows 7 as a piece of thin-client software.

On the other end of the spectrum is HMRC, with 85,268 Windows XP PCs. It’s had a migration project running since 2012 and expects to finish by the end of this year.

Vice president of marketing Paul Parke said: “The difference between the two is the amount of manual effort required and how much can be automated.”

It’s not just sheer numbers of apps that’s queering the pitch on this move. It’s the types of apps that’s causing a problem. Some apps just won’t work on Windows 7, never mind the touch-friendly Windows 8 user interface. Among the offending apps, we’re told, is the Land Registry’s planning application app that doesn't work on Windows 7. It’s been turned into a browser-based app to get around this.

Other app migrations will cause problems that’ll lead to staff re-training, such as moving from Office 2003 to Office 2007, which comprises a complete interface overhaul and that introduces the rather controversial Ribbon interface

And there’s yet another wrinkle that’s made things even more complicated: the question of whether, and how, to use the Windows XP migration to set a new IT strategy.

Those on Windows XP are running an operating system dating from 2001, a time before smartphones and tablets, touch based input and cloud services.

Next page: It's not a simple case of just moving to Windows 7
Page: