Electronic kit low on juice? SPIT ON IT

Boffins use graphene and bacteria to build saliva-powered fuel cells 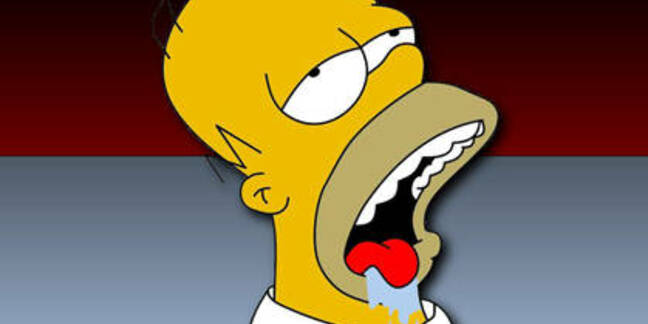 An international group of researchers has developed a method for building microbial fuel cells (MFCs) small and efficient enough to be powered by human saliva.

The team from Penn State University in the US and Saudi Arabia's King Abdullah University of Science and Technology said that the device, which relies on the decay of bacteria to produce electrons for an anode, could provide enough energy to power simple biomedical testing devices.

According to a paper published by the team in the Nature Publishing Group's Asia Materials, the introduction of a graphene-coated anode in place of conventional carbon materials allowed for the MFCs to capture and transfer higher amounts of energy.

Such a system uses saliva to react with bacteria inoculated onto a treated surface, with the resulting reaction creating power in the realm of one microwatt (mW).

Previous carbon-based anode methods had proven unable to transfer sufficient energy from the cell's surface. As the Penn State researchers noted, the use of graphene improves the kinetic transfer to the anode, allowing for a higher energy output. 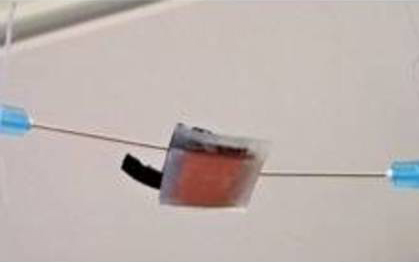 A mixture of saliva and bacteria powers the experimental power cell

In reaching the higher output, the team suggested that saliva reactions could serve as the source of power for some biomedical devices and procedures. One such system, outlined in the paper, would measure the saliva conductivity from a woman to determine ovulation cycles.

Researchers have been looking to MFCs as efficient tech for powering electronics at low power levels. Previous research has included the use of bodily waste as the catalyst for biological reactions that result in the production of electricity.

The PSU/KAUST team hopes that its work will help create MFC units that can function on a much smaller scale.

"This study is a ﬁrst step in utilizing saliva and other highly concentrated organic fuels to power bio-electronics and holds great potential for further applications in this ﬁeld," the researchers wrote in the paper.

"By producing nearly 1mW in power, this saliva-powered, micro-sized MFC already generates enough power to be directly used as an energy harvester in microelectronic applications." ®

Tech giants get antsy in Northern Virginia: Give us renewable power, there's a planet to save... and PR to harvest

You're not Boeing to believe this, but... Another deadly 737 Max control bug found

Don't mean to alarm you, but Boeing has built an unmanned fighter jet called 'Loyal Wingman'

RoTM Unarmed, but let's be real – it's only a matter of time, isn't it?