Massive space rock impact may have set the continents sliding

Scientists say they have reconstructed an asteroid impact on Earth that was at least three times as massive as the strike that is thought to have wiped out the dinosaurs and the new monster had effects that are still being felt today. 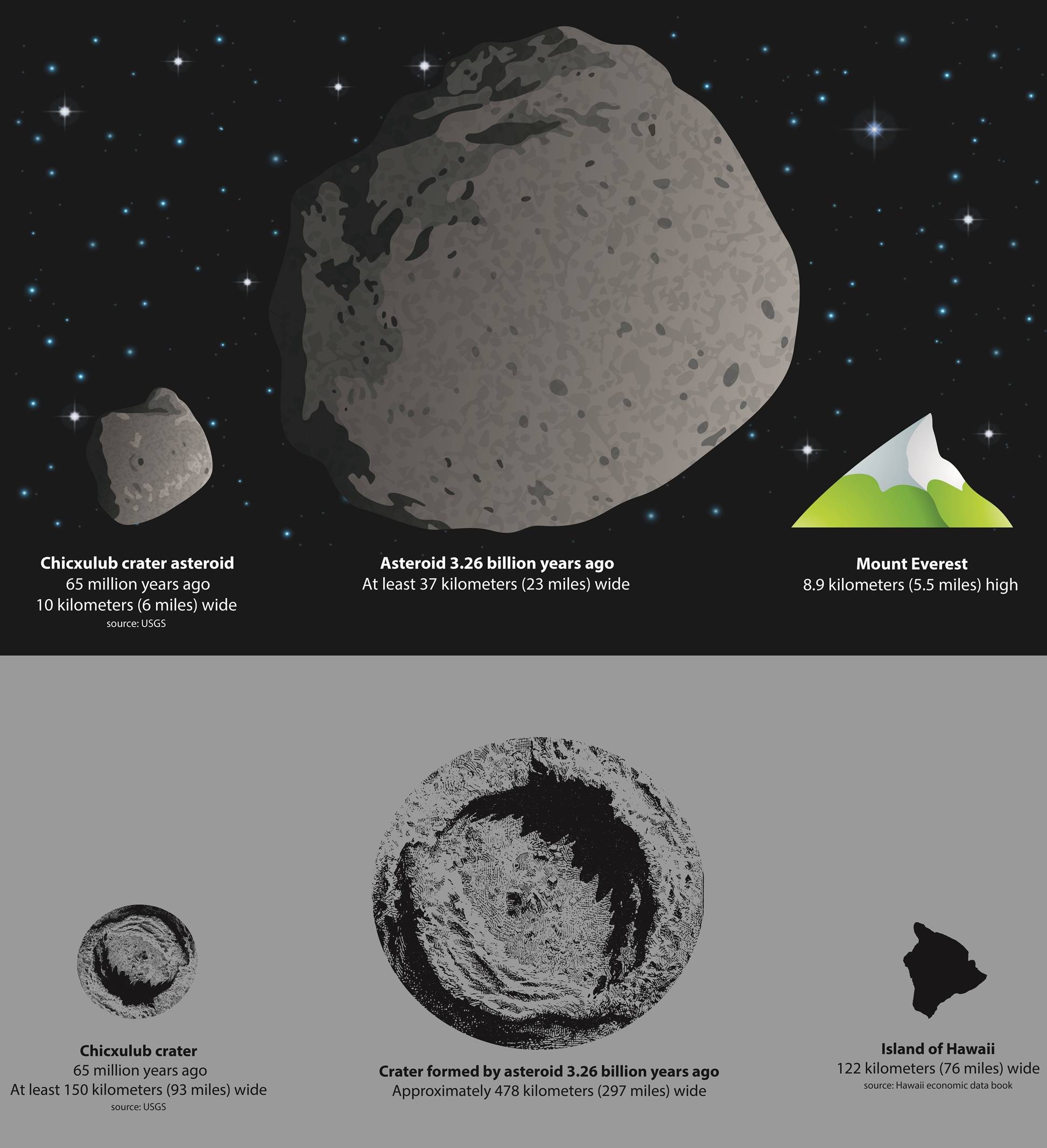 The research, published in the journal Geochemistry, Geophysics, Geosystems, studied the formation of a geological formation known as the Barberton greenstone belt in South Africa. By analyzing the formations, and using out understanding of physics and seismology, the scientists behind the paper think they have found evidence of a massive impact between 3.23 billion and 3.47 billion years ago.

"We can't go to the impact sites. In order to better understand how big it was and its effect we need studies like this," said Donald Lowe, a geologist at Stanford University and a co-author of the study. "We knew it was big, but we didn't know how big."

The effects on the planet were reportedly spectacular. The impact would have set off a planet-wide firestorm, evaporating the surface of the Earth's oceans and causing earthquakes over 10.8 on the Richter scale that lasted over half an hour, and triggered more seismic activity across the globe.

The impact would have wiped out many of the species in existence at the time, allowing others to take over – much as the loss of the dinosaurs helped mammals grow to become one of the dominant species on the planet. It could also be responsible for shifting the planet's tectonic plate system into a higher gear.

"This is providing significant support for the idea that the impact may have been responsible for this major shift in tectonics," said Frank Kyte, a geologist at UCLA. ®