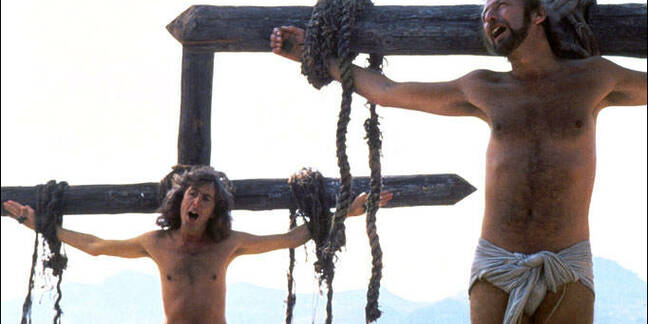 When dealing with people who have impenetrable accents – and by that I mean any accent different from my own – I don’t get angry, I get embarrassed. As the interlocutor tries harder to be understood, my usual lazy enunciation develops into a full-blown stereotype of pukka English with more than a hint of self-effacing fluster. In other words, I start talking like a kind of camp David Niven.

While this might work while talking to a difficult traffic cop in the States, it does not seem to be achieving any progress with the African trying to communicate with me in the middle of a cold and dark field at 5.45am on a miserable Sunday morning oppressed with low clouds and constant drizzle.

I lost my virginity in that field.

Not with the nice African and not that kind of virginity, thank you very much. Come on, there can only be one reason why a suburbanite like me would drive out to a farmer’s field at that hour on a Sunday: I was selling old toys that my kids no longer want.

To wit: I am no longer a car boot sale virgin.

My wife accompanied me that morning. She happens to be a professional and highly qualified interpreter so she had no problem extracting the true meaning of “mobbafer”. Without even looking up as she arranged pieces of Hot Wheels track and broken Power Rangers on our rickety wallpapering table, she called out to me with a tired voice that the man addressing me was quite clearly saying “mobile phone”.

Yes I have a mobile phone, thank you, I told him, speaking patronisingly slowly as my David Niven impression sounded weedy and incongruous in the dismal outdoor air. For some reason that I still struggle to understand in hindsight, I also felt compelled to prove the truth of my claim by showing him my handset and demonstrating that it was switched on, remembering too late that my desktop image is a photo of a kitten.

Oh I see. You were hoping that I’d be selling mobile phones in the car boot sale and wanted to get in an early bid. I must admit to being frightfully amazed that someone would put trust in a car boot seller to supply electronic goods. Well, my good man, I’m afraid my phone is not for…

Long before I have finished this speech, during which David Niven’s beautifully flat vowels have regressed into nasal squeaks, the trader has lost patience and wandered off to strike up similar sparkling conversations with others setting up their adjacent stalls. The gentle refrain “mobbafer mobbafer” can be heard from time to time, gradually echoing more faintly as he ambles into the mist.

I experienced similar difficulty this week during technical sessions at the London Book Fair, since the most experienced and most qualified people working in IT businesses targeting the publishing industry appear to be from everywhere in the world except Britain. For an accent dullard like me, it’s a bit of a challenge making sense of what the smart guys are talking about. So let me guide you through the basics.

“Ashteemel” – this apparently is what Johnny Foreigner calls HTML.

“Perspiring” – to my great relief, this turns out to mean prospering.

In one particular session labelled ‘Publishing & the IT Sector’, a great deal more than this was being lost in translation. We heard that 85% of jobs in the publishing industry will soon demand ICT skills but only 25% of those currently in it have any. Of course, you can make percentages mean anything you like but I’m 50% sure this is correct.

To tackle the gap in skills, the European Union is funding a project called TISP – Technology and Innovation for Smart Publishing – which encourages European tech companies and book publishers to get together to produce clever multimedia-rich customer-facing stuff and slick content management and distribution backroom stuff.

The session then became a showcase of IT companies as delivered by their European heads. A Frenchman, an Italian and a Lithuanian walk up to the mic. Is this some kind of joke, I thought. Heh.

When IT bosses talk up the power of computing, you have to take it with a fistful of salt. One of the presenters, Marcello Vena of RCS Libri, forced us to sit though three cheesy promo videos one after the other that portrayed a fantasy near-future in which high-speed-train passengers will be able to pull e-reader devices out from their armrests and download a book to read for the journey.

Do me a favour. The last time I took a long journey on a train there was no Wi-Fi, the tables were dirty, the door at the end of the carriage wouldn’t close and part of the train journey was completed by bus. That’s what you get in First Class with First Great Western, so you can easily imagine the nightmare for those in steerage. I’d love to see the greasy state of a knackered e-reader hanging off its loosened hinges as it falls out of a broken armrest in the glorious near-future of Italian railways.

Next page: Ass is permanent
Page:
Tips and corrections
48 Comments